Corn kernels and pumpkins: An afternoon at a corn maze


I love just about any kind of festival.
But I do hate crowds.
You can see how that can be a problem.

But Sunday, we braved a crowd and headed to the Twin Cities Harvest Festival and Maze.
I read about it through another blogger and thought we should check it out.

I haven't been to a corn maze since I was a kid.
And I knew the girls would love to see a maze of corn and maybe get their faces painted.
Luckily, I was right.
The complaints details about the face painting, crowds, kids, and the fact that people don't read signs will have to wait until tomorrow. 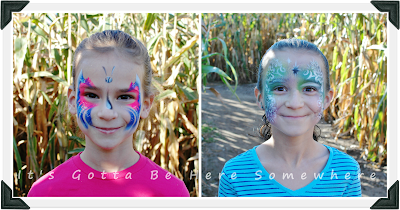 Peanut and Button loved the face painting, except during dinner later
when all Peanut wanted to do was "itch her face".

We went through the maze, with a map.
That giant circle to the right is where the festivities were held... and where they kept the food.
They had a small hay bale maze for the little kids, a giant slide, live music, kids play area, a petting zoo, and hayrides. They also had helicopter rides but I believe it was a little over our price range for the day.

They also had a corn pit.
Yes. An entire pit filled with corn kernels.
And my family seemed to love it. 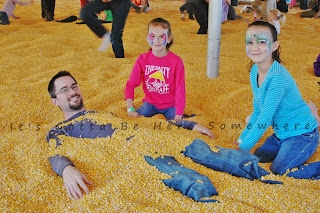 They all took turns being buried and seemed to really enjoy burying Daddy.

After we came out of the maze, we decided to head out and go have dinner somewhere.
But of course, we had to pick up some pumpkins on the way out. 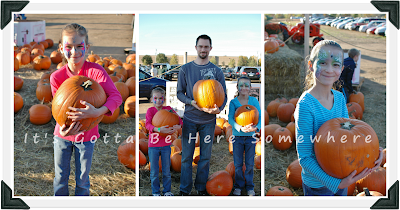 Peanut looks a little awkward in the middle pic... her pumpkin was a little heavier than she thought and she was ready to hand it over to me shortly after I took the last picture.


Overall, the kids had a great time and my husband and I didn't try to maim anyone.
If you are in the Twin Cities in the next 2 weeks and want to go to a great maze, head out to Brooklyn Park and see the largest one in Minnesota.