Hello, all! Can you believe that Monday is the beginning of September? Where did August go?

I am still in the process of getting some pics on the blog that might show what I have been up to since we moved. Honestly, I have been putting it off since it requires me to edit and watermark a few pics and I'm having a hard time sitting still.

Last night, I spent too many minutes on Pinterest looking for Halloween decor ideas since we have a yard and a front porch that's perfect for decorating.
And that led to Thanksgiving ideas and my favorite.... CHRISTMAS DECOR.

But for now, I'll give you a new mani to look at.

Of all of the dot manicures that I have done, I do believe that this is the first time that I have dotted inside other dots. Why did it take me this long to do so? No clue. 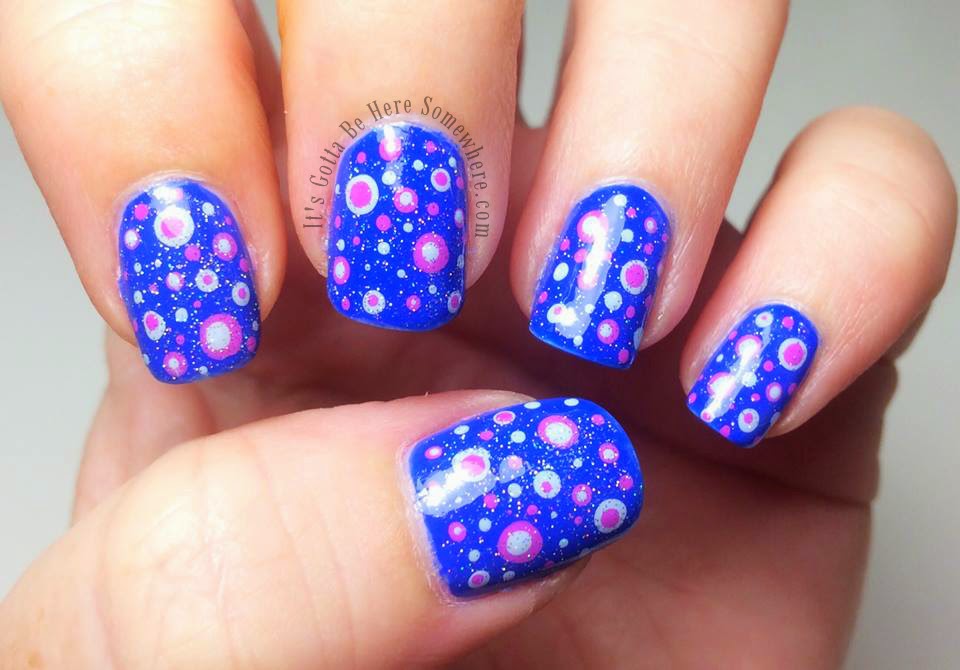 I'll do my best to get some more photos on the blog, especially of the new place (with a front door that is perfect for making a Frankenstein door for Halloween!).

Today, I have a manicure that thrilled me when I finished it. I think I sat thinking about what to do for about half an hour before finally deciding. I went through stuff on my Pinterest boards and Instagram for a while, trying to find something that I wanted to try. Something new, to me.
I have been checking out pics of leopard print manis for a long time but I had never tried it... until now.

And then came trying to decide what colors to use. (Note: having a crap load of polish has good points and bad....the bad being it's hard to narrow down what you want to use at that time.)

I used one of my nail wheels to practice a little before taking the plunge and painting my nails.
And I love how it turned out. 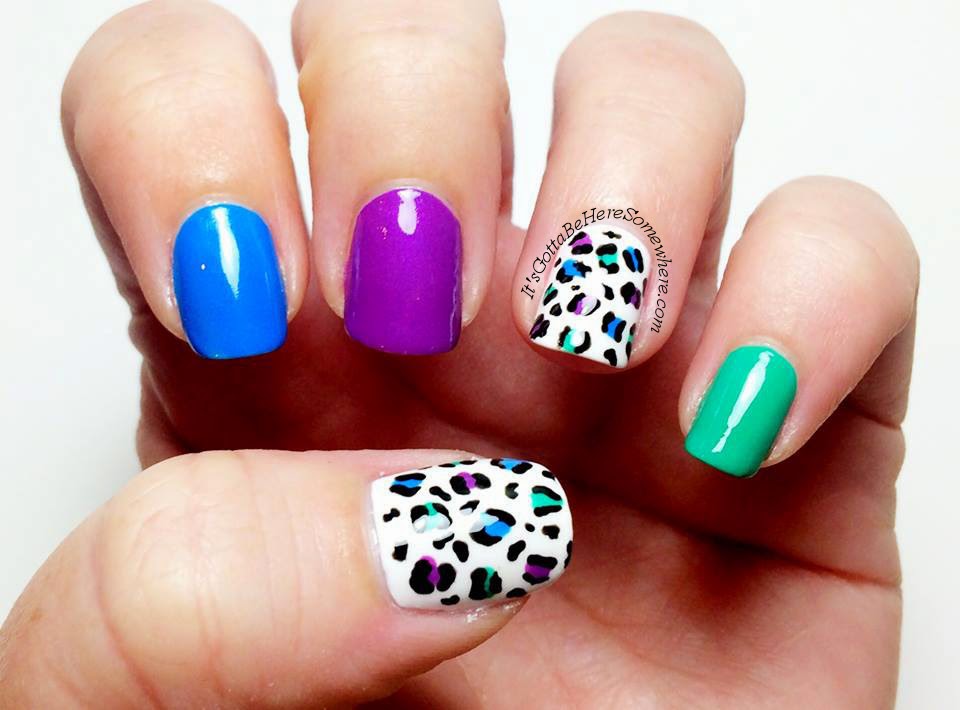 Considering it was my first time trying leopard print, I am quite proud of this.

Have you tried leopard print?

Hello, all!
It's been a long while, right?

I haven't sat down to write a post since before we left Minnesota. Whoops.

For the first 2 weeks, we were living in a hotel until the moving truck arrived and until we could make the house livable (having beds to sleep on).
And then... we moved in. And it's been wonderful.

In the past few months, we have been busy. We had to unpack the entire house and set up a LOT of new furniture (you know how I love my IKEA).

In July, we had a great 4th with great weather and then we headed to our favorite retreat/vacation spot, Hilton Head.

I got to actually SEE my mom on her birthday this year which was the first time in over 6 years.

And for the last few weeks, I have been getting the lesson planning done to homeschool the kids again this year. (It was a lot simpler in MN, trust me.)

I've also been making a change to my appearance... working to lighten my hair little by little. (I am not a professional and would never attempt this myself.) My stylist and I talked about it and came up with a plan that is working nicely. If we tried going as light as the end goal at one time, it would damage my hair beyond belief. So we are taking it one root touch up at a time.

In between the busy stuff, I have been able to sneak in a manicure or two. Since I actually have a vanity now and a place to do manis, I was thrilled to try it out.

Over the next week or so, I will be getting some posts done with pics of the house and other stuff.
But for now, here's the first mani that I did in the new house: 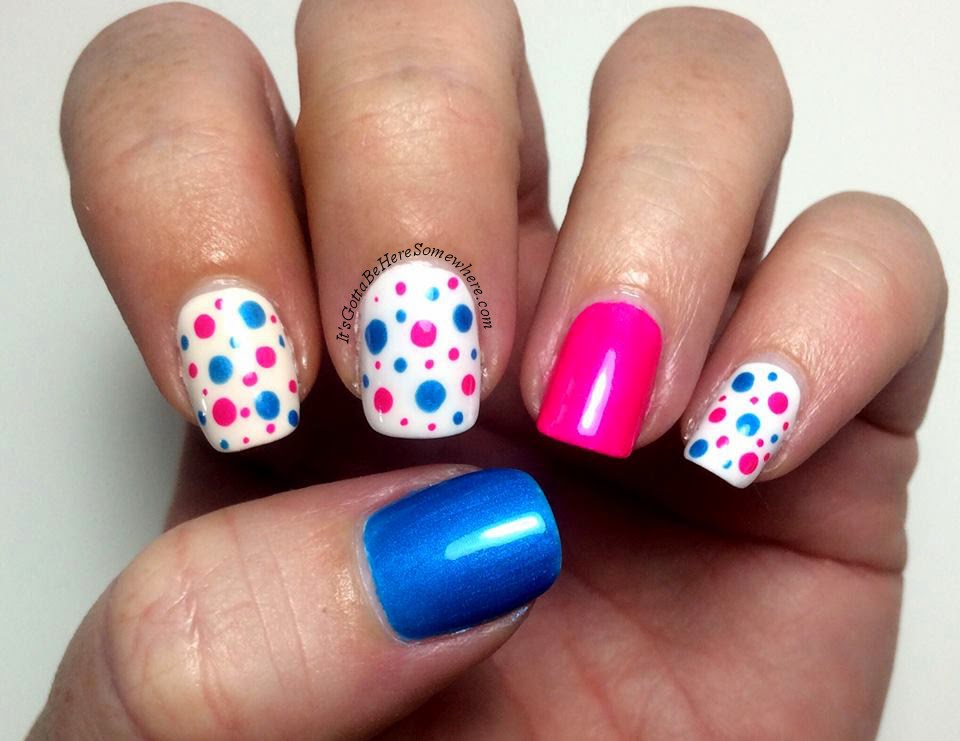 I will try to post the other mani pic that I have tomorrow.
Until then!