I finally painted my nails again. I do believe the last time was back in November...a month ago. Wow. That's longer than I was thinking it had been. Between the resin work, messing with Christmas decor, and other stuff I just didn't feel like painting them when there was a huge chance the polish would chip of in an hour.

Thursday night, we had tickets to see TSO in Atlanta. I wanted a festive holiday mani since TSO is all about Christmas this time of year.

My husband and I have seen them twice before up in Minnesota but this was a first for the kids, kids who absolutely love their music.
The show was fantastic and the kids had a ball. They've decided that they'd like to go see the show every year.

If they come to a town near you, GO! (You'll most likely have to wait until next year. They do this show from mid-November to early January. Tickets went on sale in September? And they DO sell out shows.)

So, for my Christmas spirit mani, I chose to experiment with free handing an animal and using striping tape which I have but never seem to bother with (mainly since I'm inpatient and the tape is tiny).


I found a tutorial from Blanket Print Nails for Rudolph and I thought I could try it. I did a Scotch Tape Christmas tree a few years ago (wrote this post of it a few months ago) but I wanted to do it again since it's easy as heck. 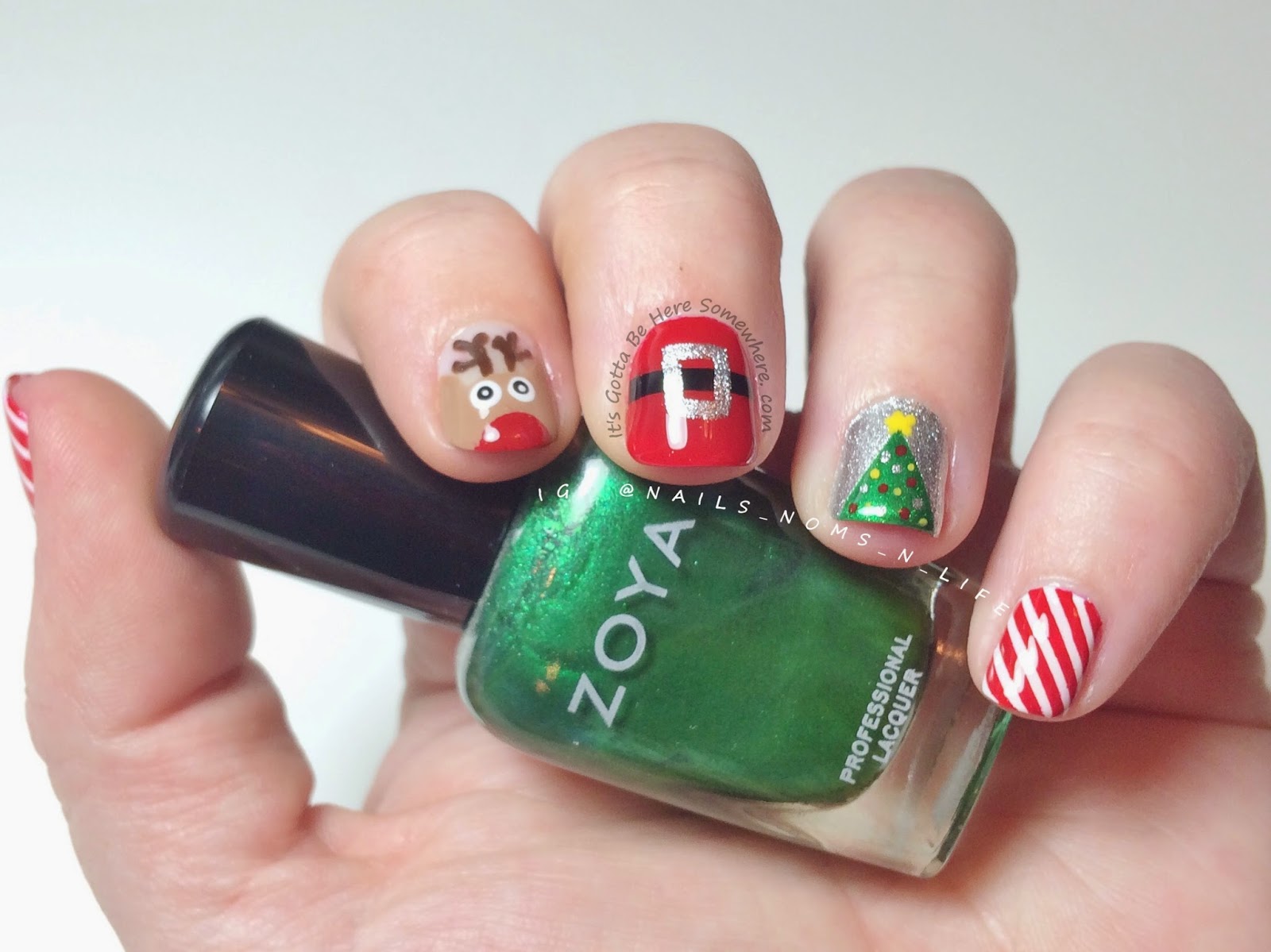 I was very happy with how Rudolph turned out. The candy cane nails took the longest because I'm not that great getting striping tape to cooperate. (I need decals.) 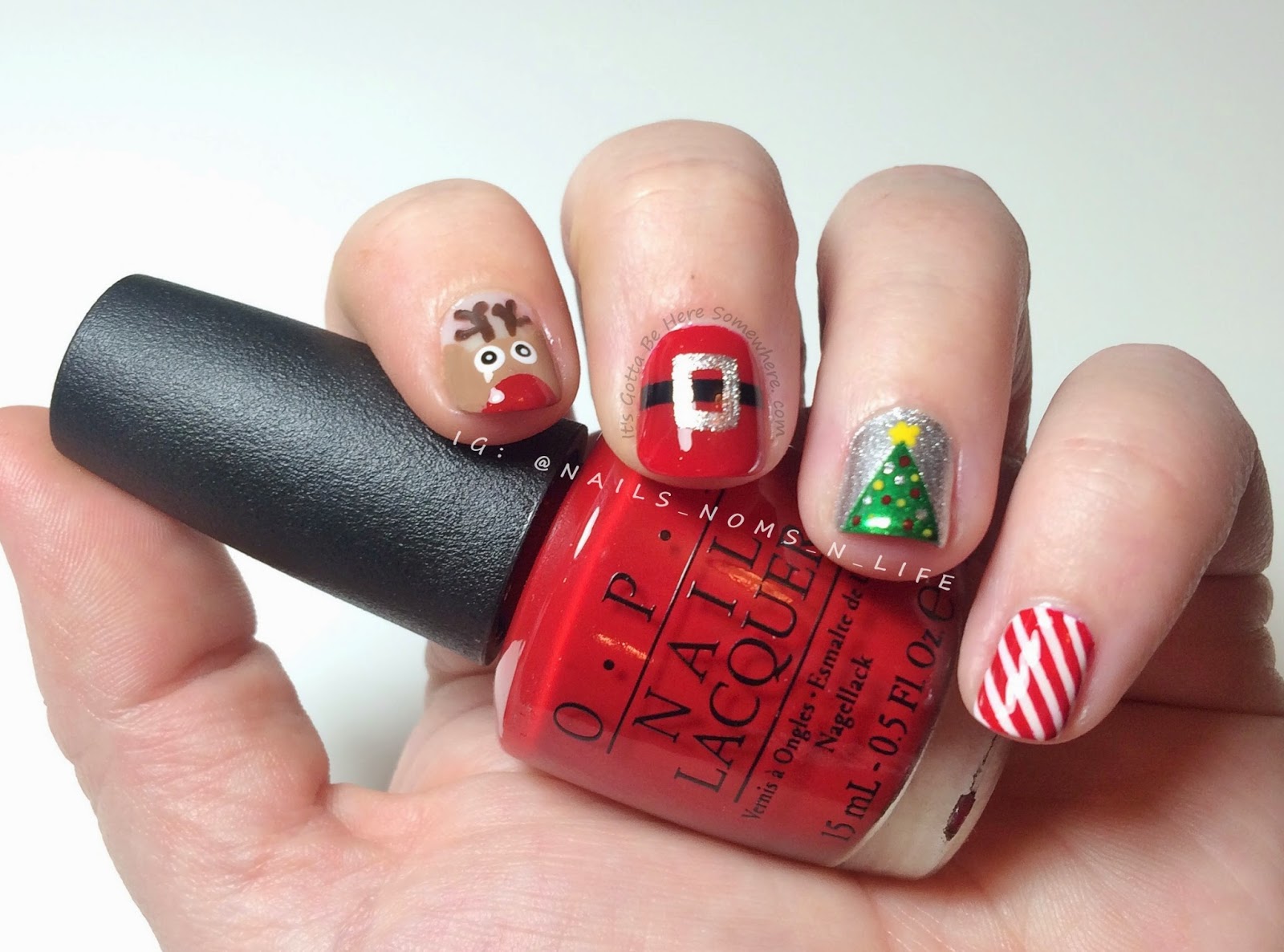 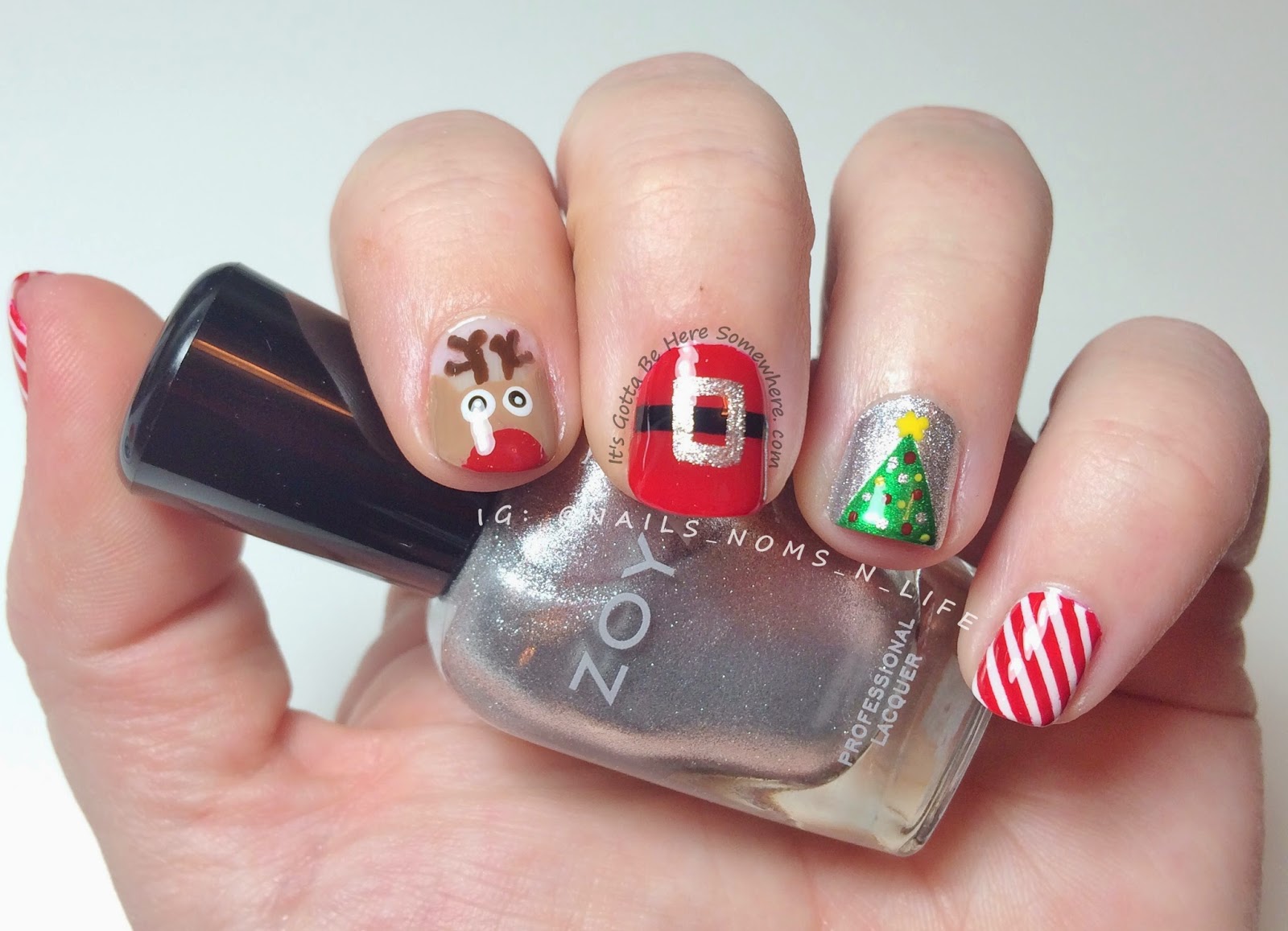 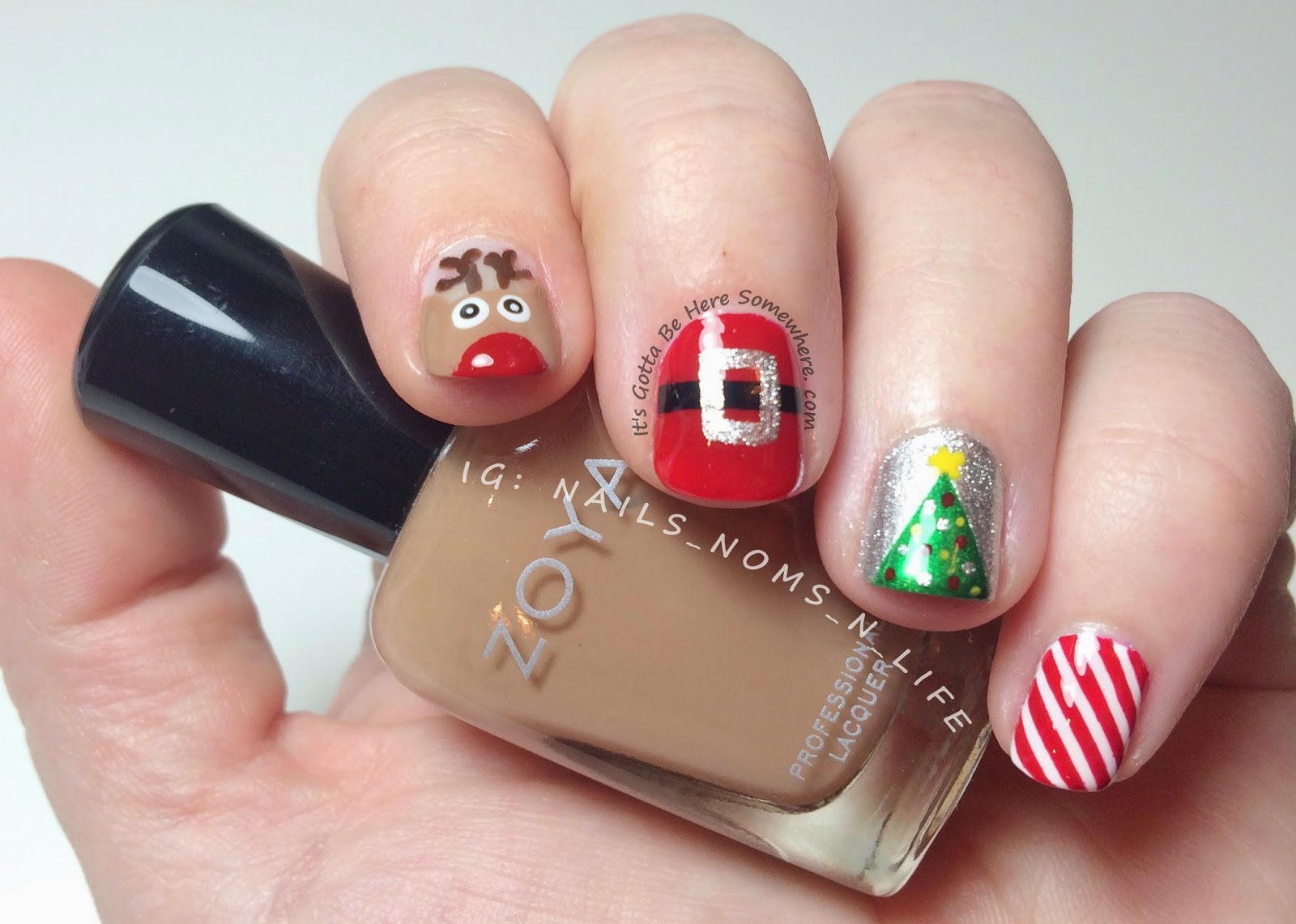 That's all for today! Hopefully this mani lasts a few days because I don't think I feel like doing anything else yet.