Why yes, I would like to buy your lost clothing


Not long ago, I read about Unclaimed Baggage on Grasping for Objectivity.
I immediately called Manda and told her that on our trip down in October that we had to go there and see what we could find as far as deals.

Plus, I was really curious as to what all people pack and lose in their luggage.

I also knew that I wanted to find Weathington Park, which Rachel from Grasping for Objectivity wrote about in the blog linked above.

So on that first Friday of our trip down south, 5 of us headed to Scottsboro.
(Manda was off that day due to our arrival but the twins were at school.)
My husband and my girls were with us on our pilgrimage to the shopping destination.

When we were in route, just miles from Unclaimed Baggage, we all happened to look off to the left as we were atop Sand Mountain in Section, Alabama. I ended up jerking the car into the entrance to Weathington Park at the last moment.
And what we saw was beautiful. 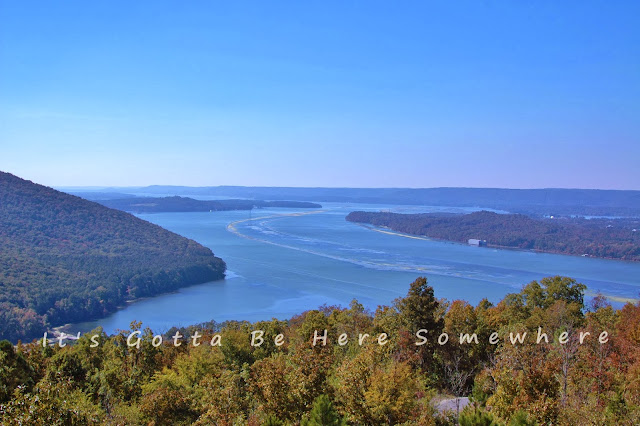 The sun was out which made the wind more bearable. (That wind sucked.)


Here are my husband and Peanut on the bluff: 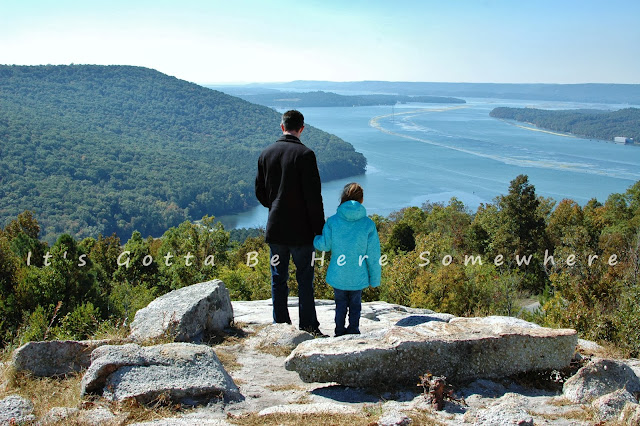 My husband and Button: 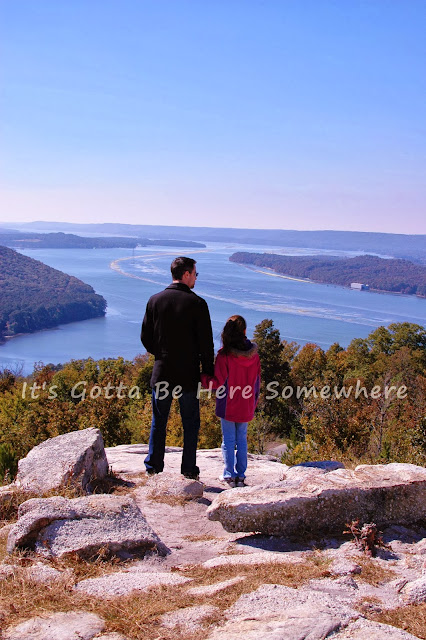 And then we have Manda and me.
But first, an explanation:
Two years ago when we were down south visiting for the twins birthday, we all went to Ruby Falls on Lookout Mountain. Out of the 5 of us (me, my husband, Manda, Bug, and Noodle) only I had ever been to the Falls. I went once as a kid and then worked there in college.

We all had photos taken together at the Falls and when Manda and I looked at ours, we started to refer to it as 'our moment under the Falls'. That was 2 years ago and we still joke about it. 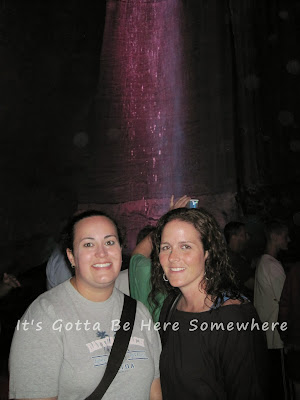 And since a photo had been taken of Noodle and her boyfriend recently from behind when they are holding hands, we felt the need to incorporate that into our moment on the bluff. (Cause we are just not normal people. Normal is boring.)


Our Moment on the Bluff: 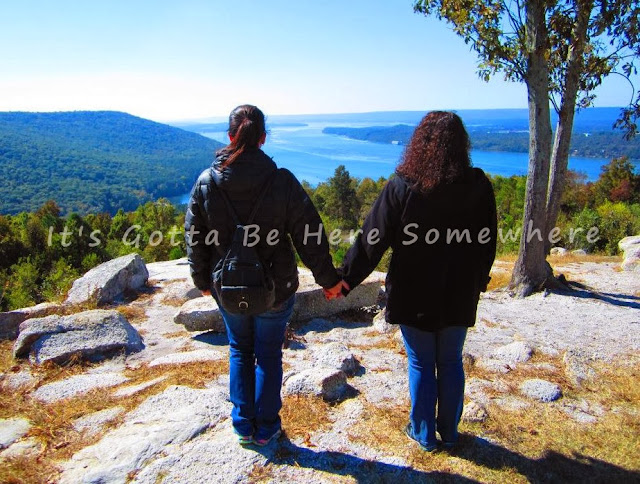 And as for Unclaimed Baggage... wow.
People put a lot of stuff in their luggage.
Stuff you couldn't pay me to put in my luggage.
Cell phones, iPads, iPods, NICE cameras, jewelry.... that  goes in CARRY ON LUGGAGE.
Geez.

But the clothes. Oh, the clothes.
We found a scarf for Noodle, a pair of jeans for Manda, a pair of almost never worn Brooks tennis shoes for Manda (usually about 100 bucks a pair or more), 2 shirts for me, and 3 scarves for me for right at 100 bucks. Yes, all that for the price of a brand new pair of tennis shoes. 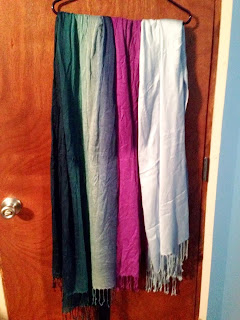 The light blue on the right is 100% cashmere. The one on the left
had the actual Limited tag still on it, brand new. 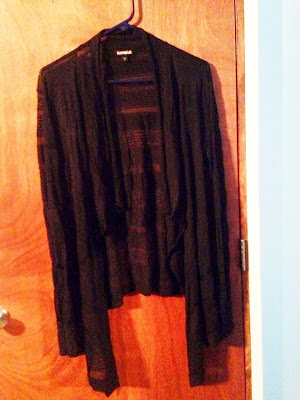 This one is from Express and still had the tag on it. Express marked it at 32 bucks
and I got it at UB for 15. Not bad for a brand new shirt. 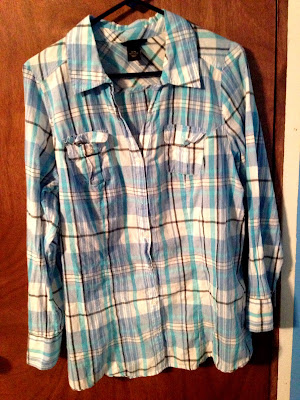 I think I got this one for less than 5 bucks.


I was amazed at how much stuff still had the original tags. I guess people like to shop on vacation.
But can you imagine how irritated you'd be getting home and finding that shirt you bought, the one you fell in love with, was gone?
While we were there, they unpacked a new bag of kids clothes. Most of the stuff in it still had tags on the clothes, tags like Aeropostale and Banana Republic.

We saw a pair of Manolo's on the shelf for less than $200. I know enough about those to know that's a steal if they are your size.

We are going back on our next trip and taking the twins this time. I think Noodle might blow up when she sees the amount of scarves in that place. And if Bug's head doesn't spin around at the amount of clothing on those racks, I'll pass out.