A few weeks ago, I saw a commercial for what looked like heaven in a jar... Hershey's Spreads. 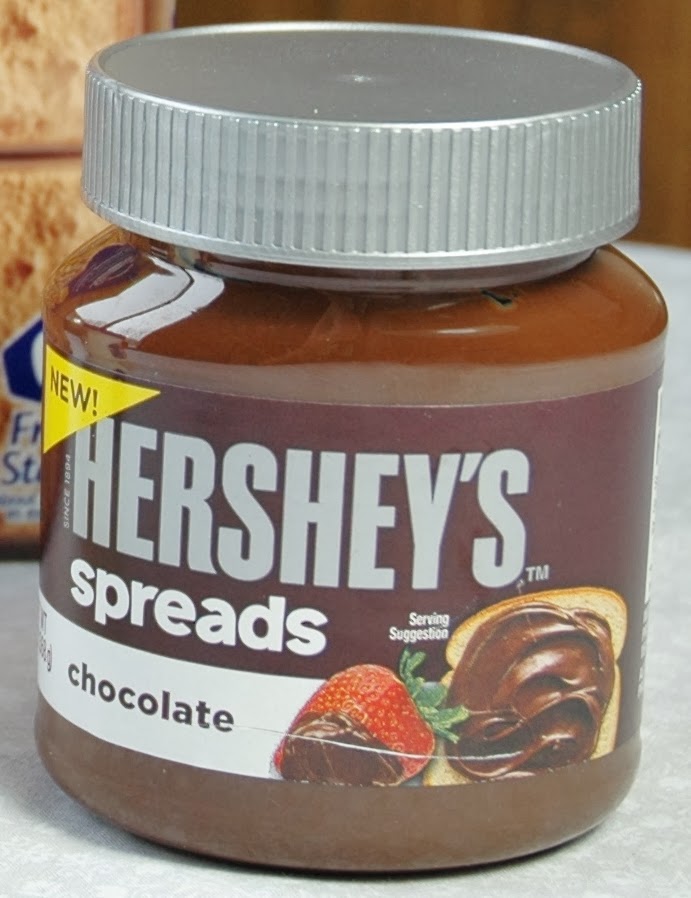 In the commercial, they showed people spreading the chocolate on waffles, strawberries, and celery. I would have never thought about using waffles, but okay.

I got a jar of the chocolate flavor and brought it home to try it out.
The first time I opened it, I saw the graham crackers in the cabinet and figured that would satisfy the sweet craving I was having at that moment.
My husband said, after tasting the chocolate spread for the first time, "That will last less than 3 days".
It's that good.

Later that night, I smeared a little bit more on another graham cracker and thought how much it reminded me of eating s'mores. And then my mind flashed to the unopened jar of marshmallow cream in the cabinet and I knew that I had to try it.

It was heavenly. It totally made me think of camping during the summer when I was a kid.

All you need are graham crackers, marshmallow cream, and the Hershey's Spread of your choice (it also comes in Chocolate with Almond or Chocolate with Hazelnut...watch out, Nutella). 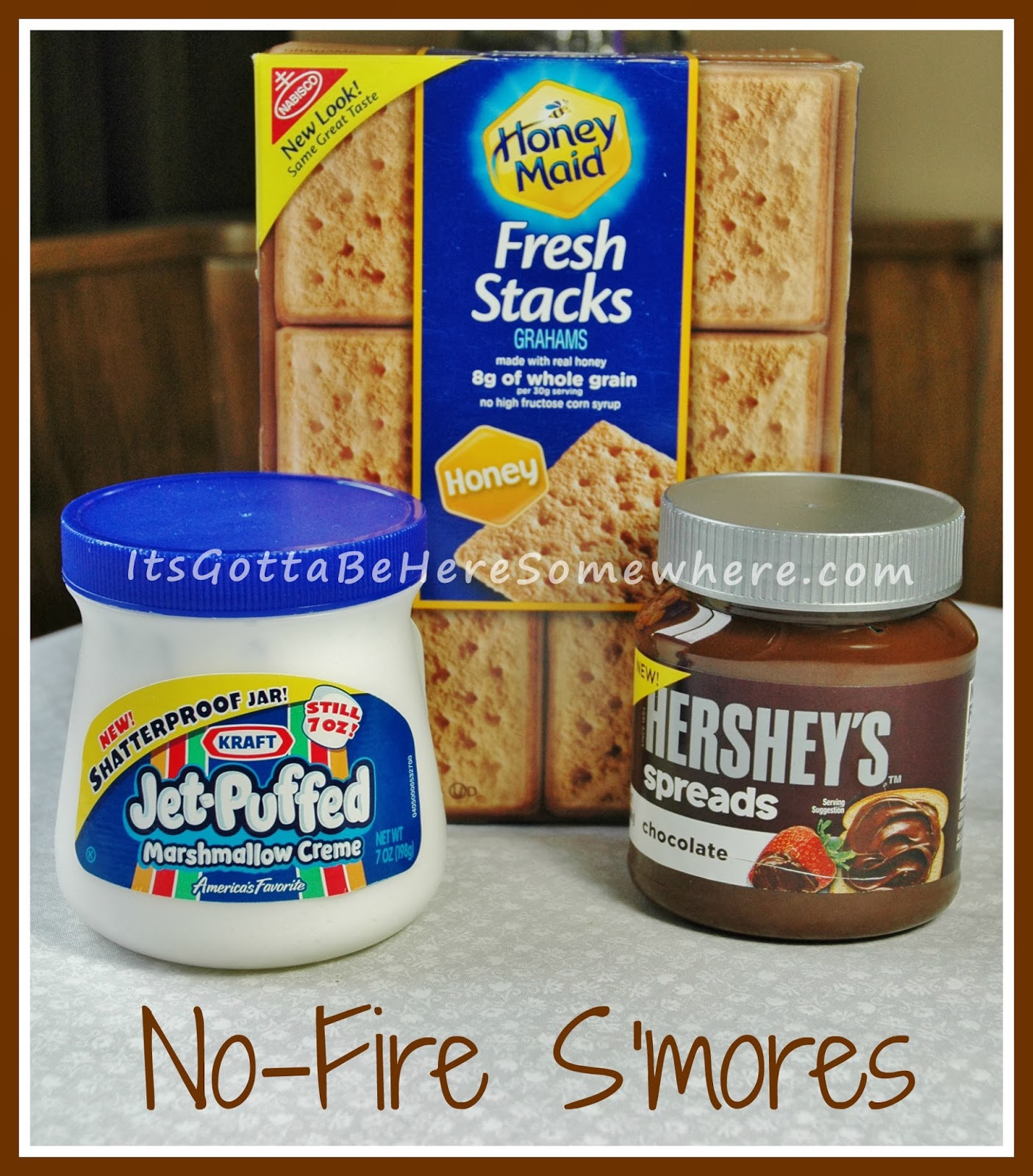 And the best part?
NO FIRE NEEDED.

For those that might miss the warmth of the s'more without a fire, nuke it in the microwave.
I tried 5 seconds in mine and it wasn't enough.
7 seconds was too much and it oozed everywhere.
But 6 seconds seemed to be just right. 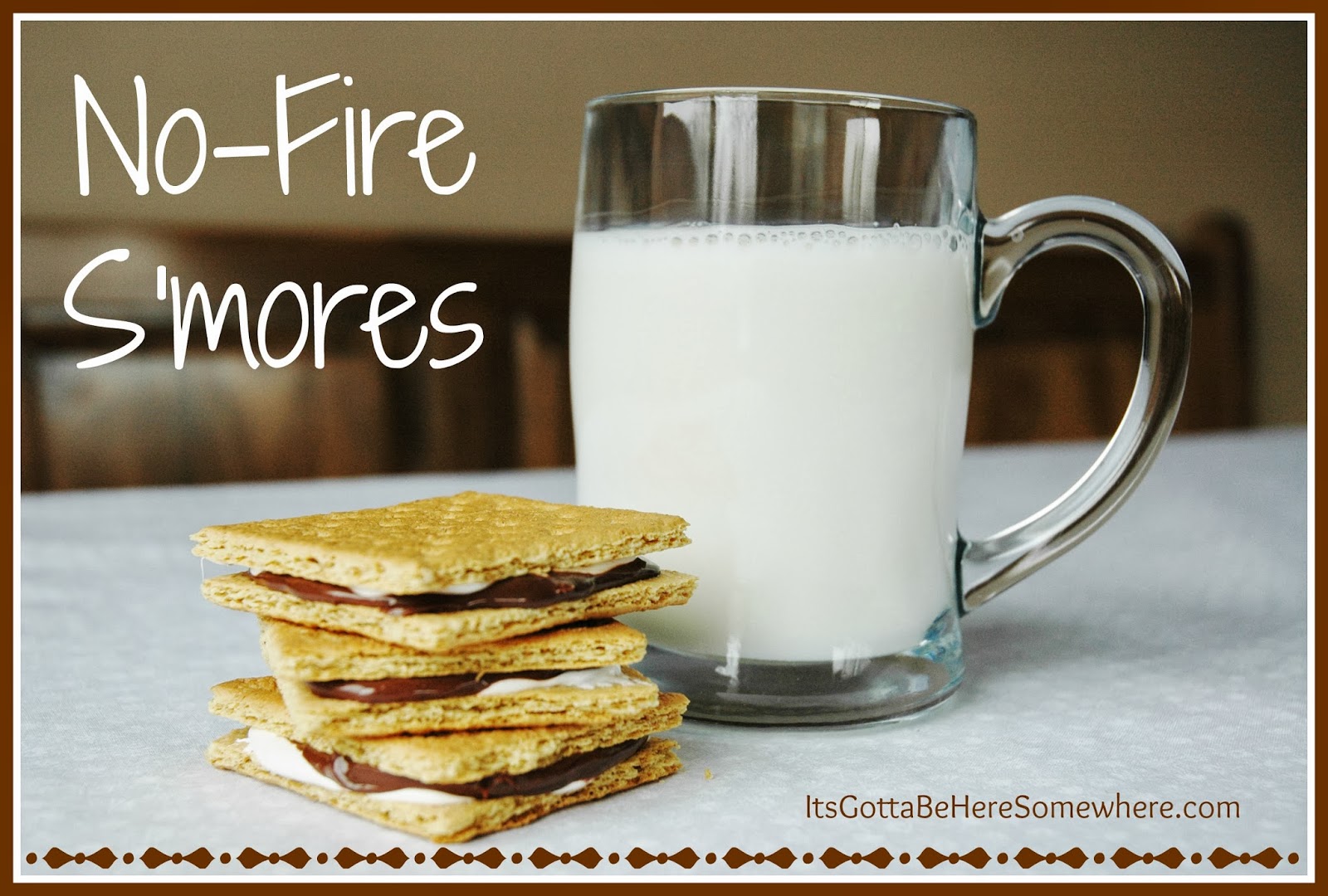