Happy Birthday to my sister/friend/partner in crime

Today, March 5th, is a very special day.
It's the day that my bestest friend in the world was born and this post is for her.

I am guessing that she'll see this when she goes into work and checks her email. She always reads my new posts before getting busy for the day.

To celebrate the best friend that I have ever had, I thought I'd do a little photo retrospective.
We have been friends for 14 years this month and those years have been anything but boring.

This is probably the first pic of us together, at the twin's 1st birthday party: 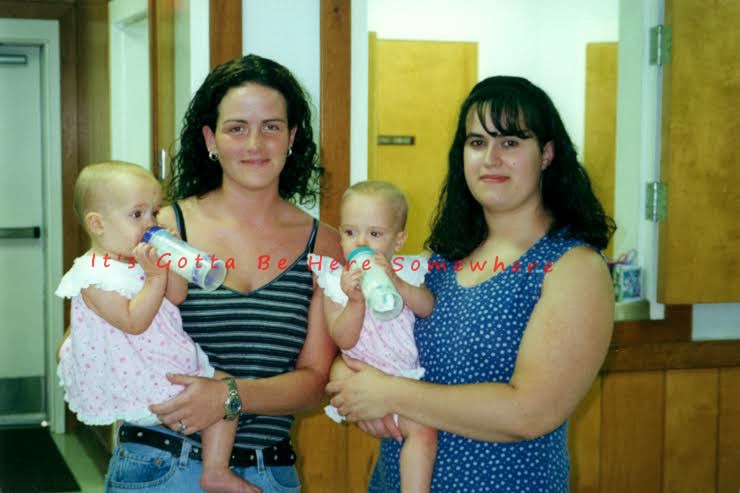 One night, we decided that we needed to do our hair and make-up in 80's style. The kids were asleep and we were bored so we set about to Rock the Casbah and party like Material Girls into the wee hours. 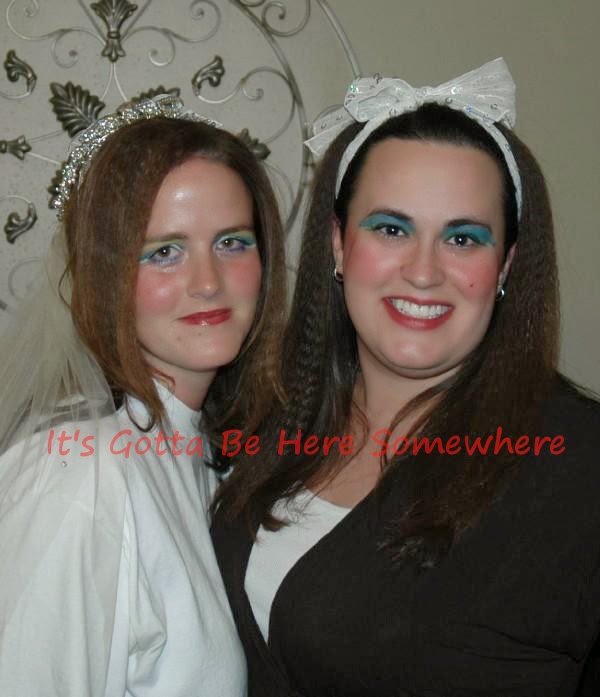 This one was taken one of the many Friday nights that I hung out with her at the store while she was working. She did work, I promise, but in between customers we had a ton of laughs. I actually miss that damn store. 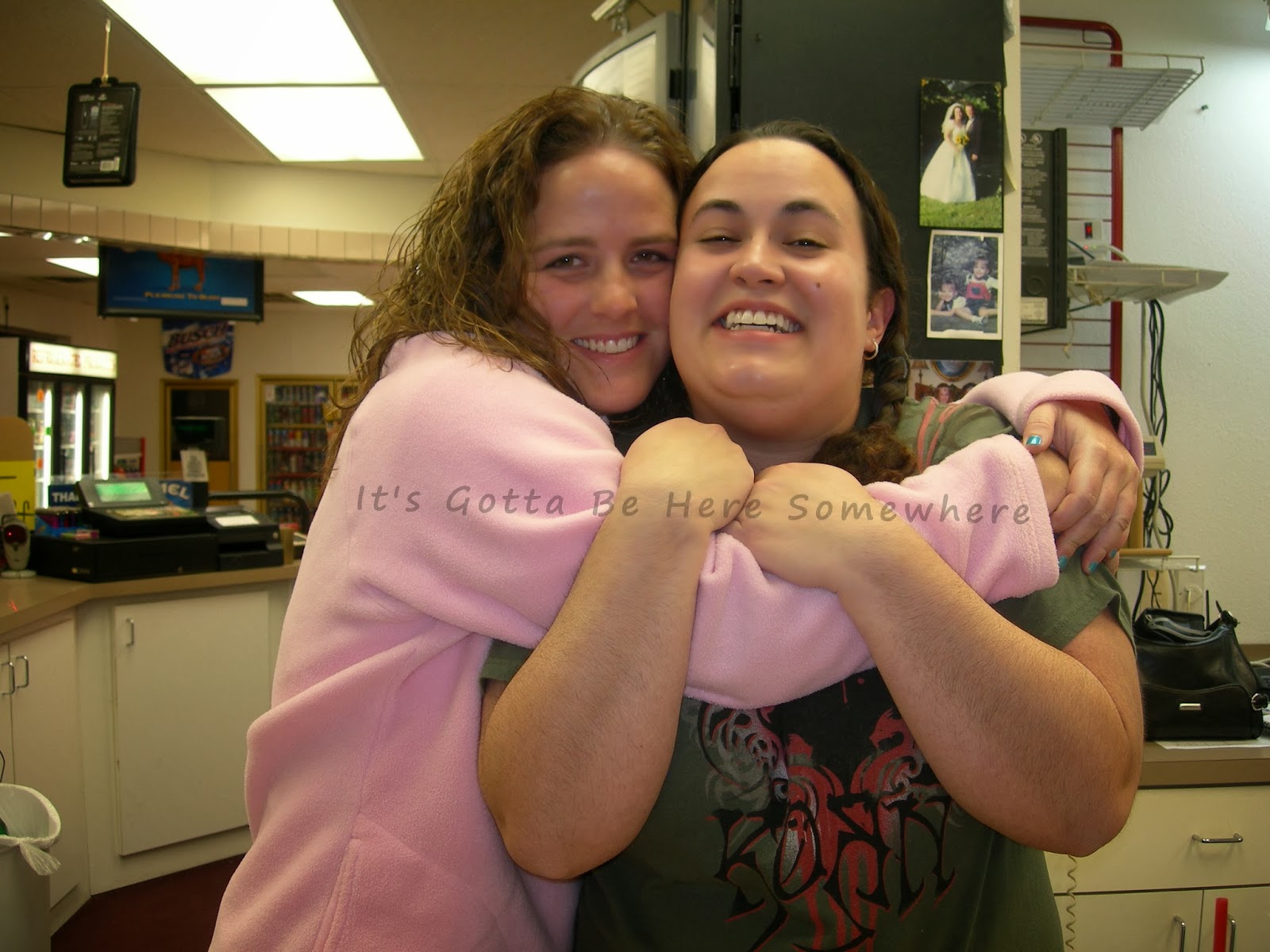 Here's us near the computer at her house (we were always on the computer back then) and yes, her shirt says "THINK LOUDER SO I CAN HEAR YOU". I had it made for her to wear at the store since obviously people thought that she was a mind reader/psychic. 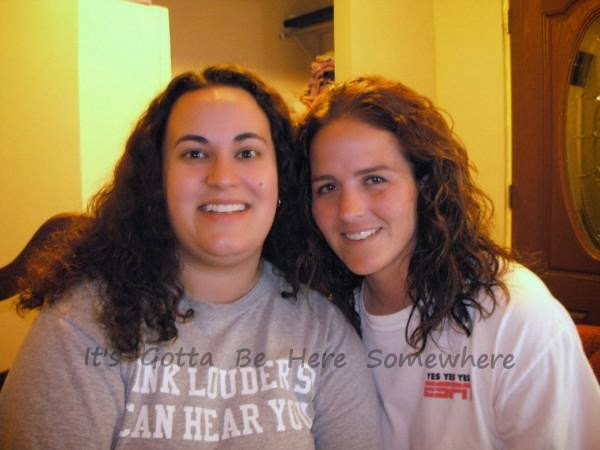 I believe this one was right before I moved to Minnesota. Manda and I used to spend hours on the computer at her house, laughing at the massive amounts of Emo icons for Myspace. Stuff like "I only cry in the rain so no one can see my tears". Too damn funny. So one night, we tried to be Emo. Yeah, we just couldn't stop laughing long enough to pull it off. But we got some great pics out of it and had a ton of fun. As soon as this pic was taken, we were in tears from laughing. 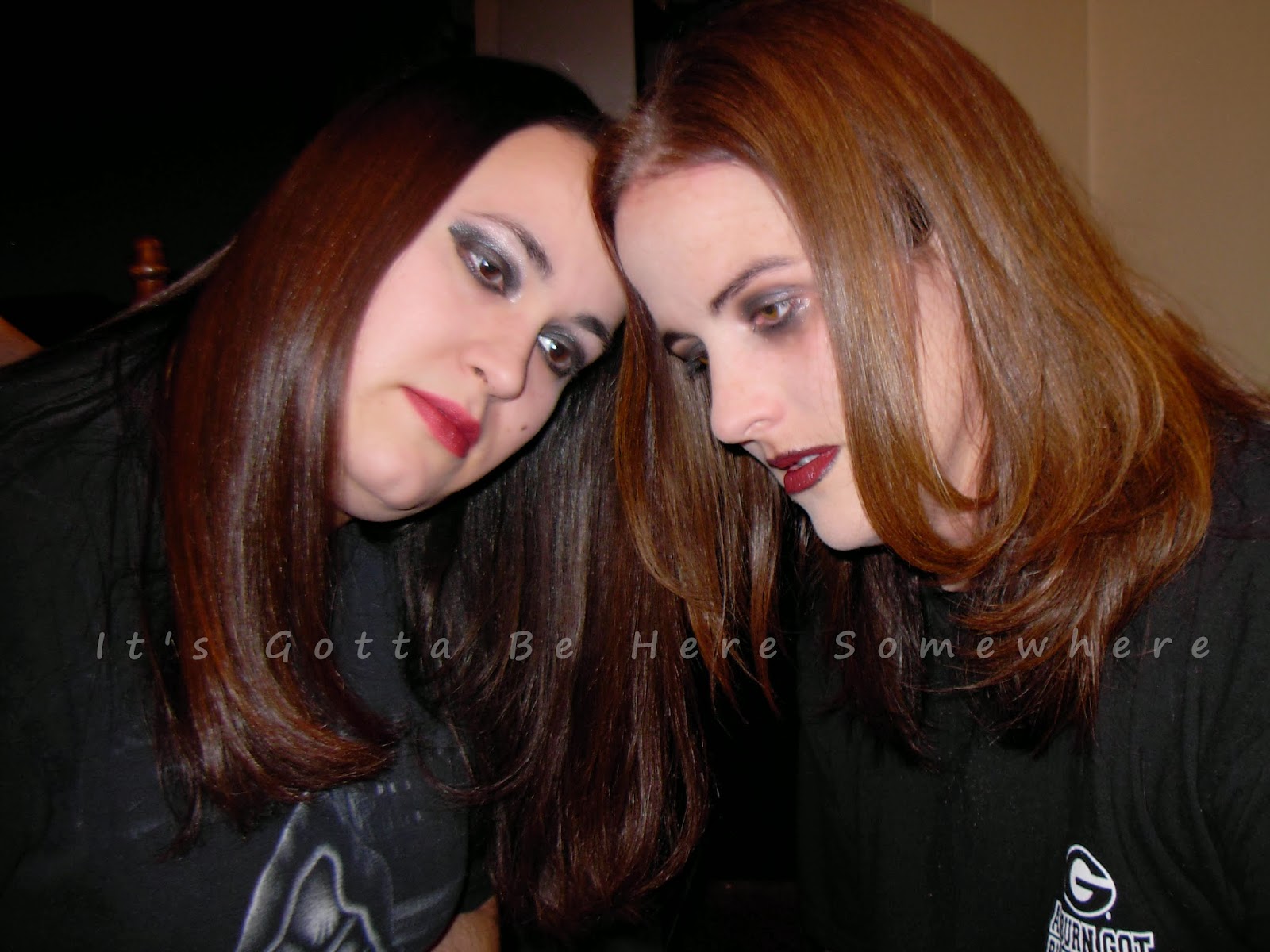 After I moved, I didn't get to see Manda save for maybe 3 trips down a year. But when we did get together again, it was like no time had passed at all.

In June 2010, she came up to MN to be my Matron of Honor. My wedding wouldn't have been the same without her there with me. She keeps me sane. 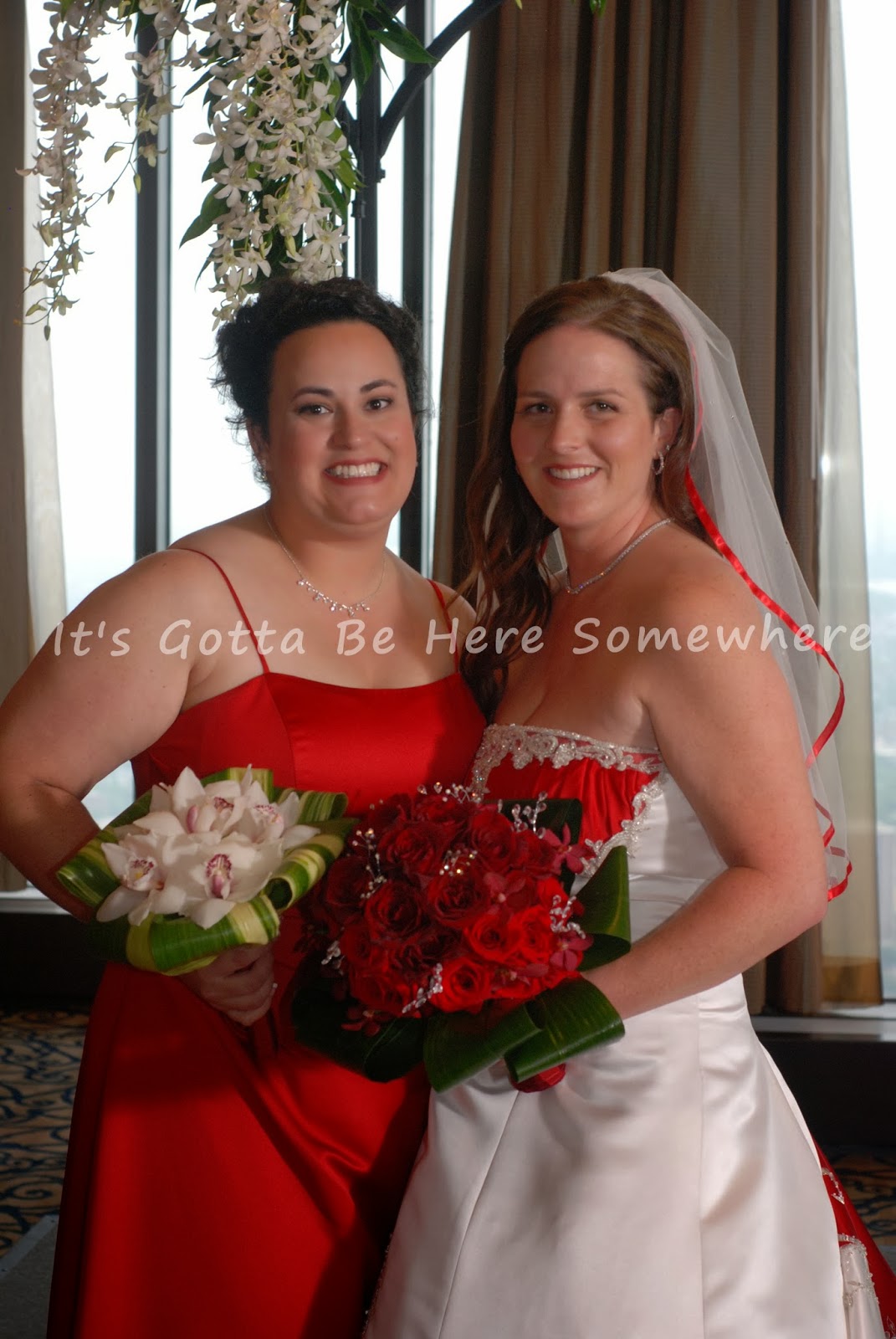 This was on one visit home, at Ruby Falls. This was the first 'moment' we had in a photo and it's become a running joke since this picture was taken, back in 2011, I believe. 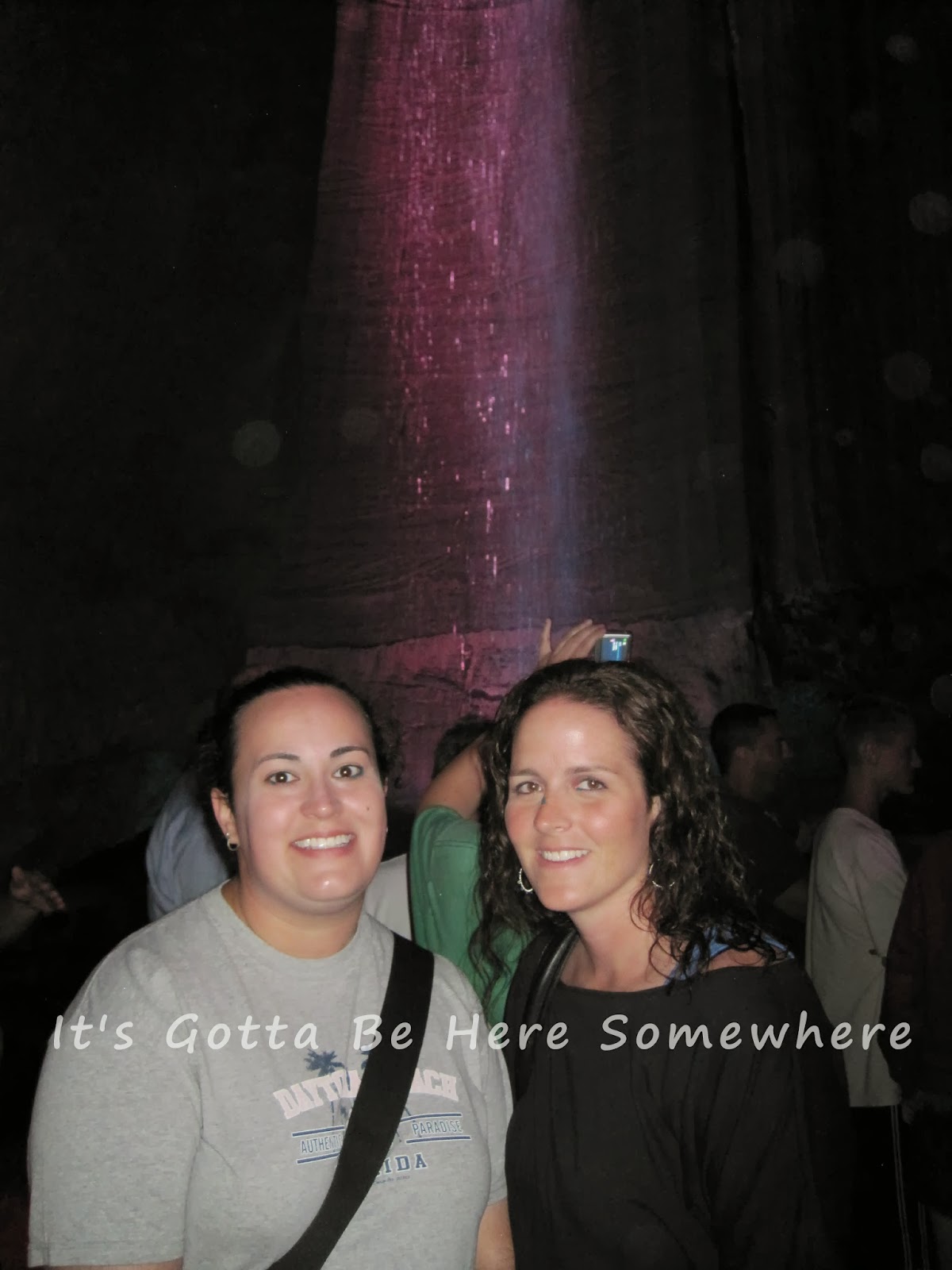 Then we have the Christmas/New Years trip from 2011/2012. We all had either a wig or a hat and we had an absolute blast. It was only the 2nd year the girls were up long enough to see the ball drop. 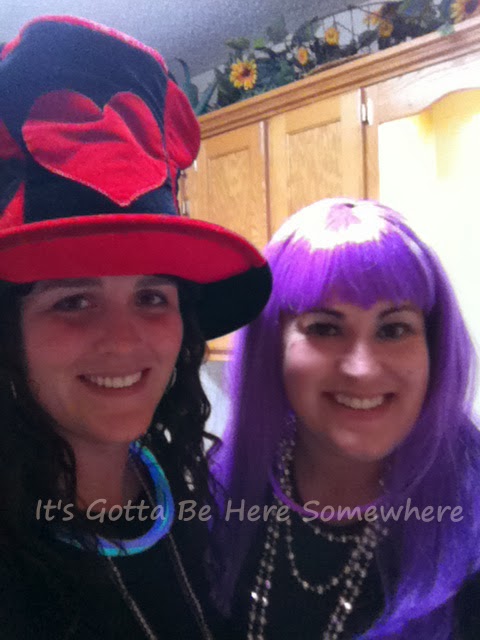 This pic was taken when my husband and I took Manda and the twins to Hilton Head to celebrate the twins upcoming 13th birthday. We hung out, shopped, swam, ate, and tanned for a week. HEAVEN. 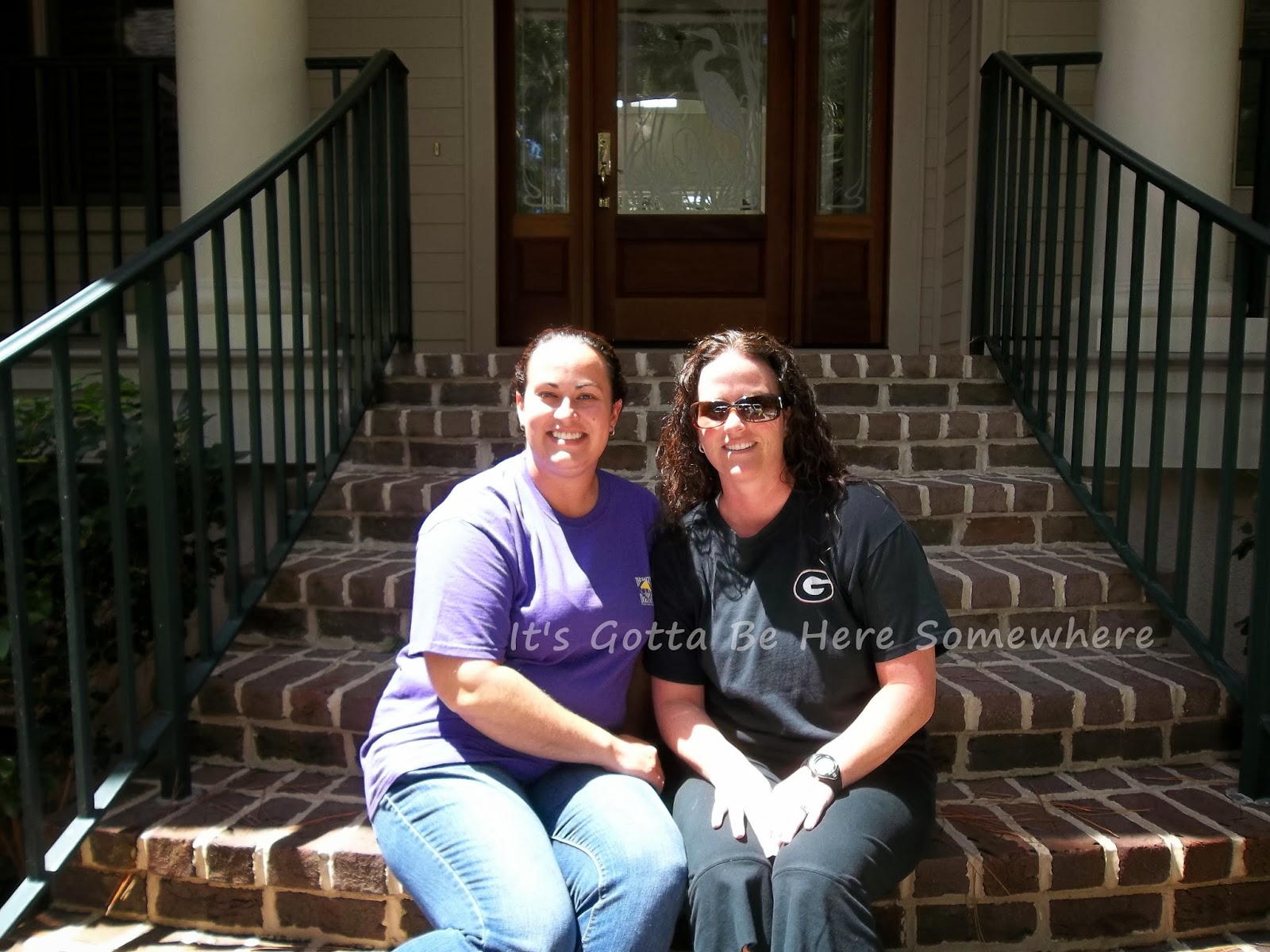 This was the 2nd official 'moment' that we had up on the bluff at Weathington Park in Section, Alabama. If you could only see the smiles due to laughing so hard yet freezing from the wind. 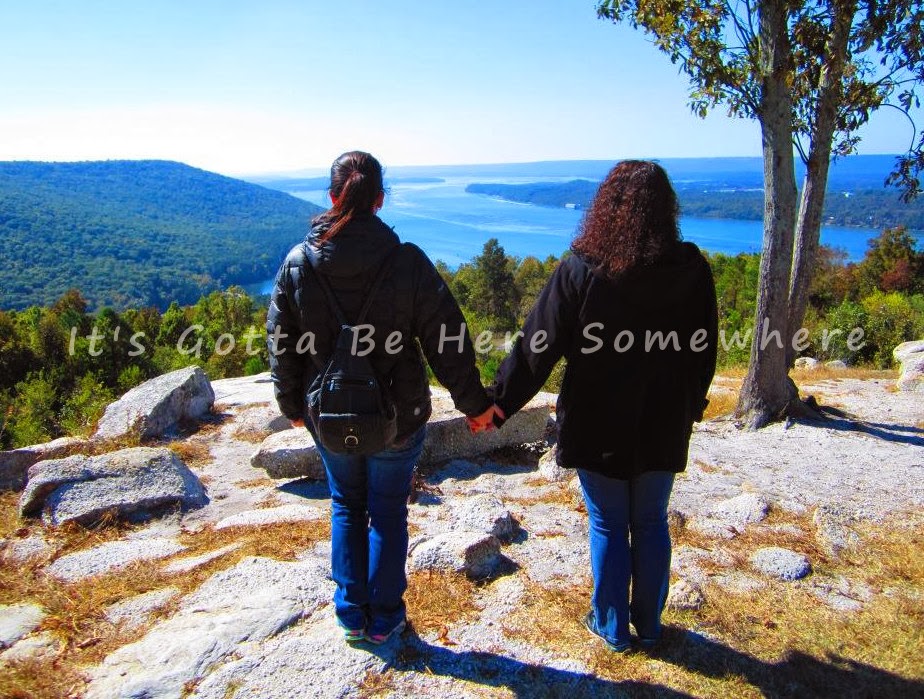 And of course, this was this last December when we made our tacky sweaters.

Since I couldn't get down there this year and make/take her a cake, I have this instead:

In February 2010, I came into town to tell my mother that I was getting married and go look at dresses with Manda. I also surprised her with a birthday cake which was a TOTAL surprise since her birthday was not until March. :)

I told Manda that we needed to run an errand for my mother and she went along with me, although when we pulled up at the cake place, she was wondering why my mother would order a cake from a bakery nowhere near her house.

But Manda didn't say anything, she just walked in with me. (That's the kind of friend she is.) When the baker put the cake on the counter for us to see, it took Manda about 10 seconds to realize this cake was for her, not my mother. She looked at me and then laughed and then cried. (Until then, I think I had actually seen her cry maybe 5-6 times since we met 10 year before. I made her cry again 30 minutes later trying on my wedding dress. She was a crying mess that day.) 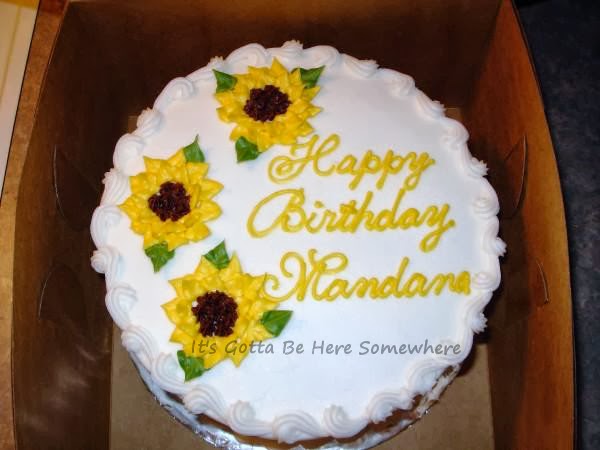 Even though I cannot be there this year, Manda, I hope you have a wonderful birthday. I miss you so much and love you to pieces.


I hope you feel this happy on your special day: