If you were on the interwebs at all this week, you must have seen at least one article about the horrific Photoshop job on Target's website. I myself found it through a friend on FB and was horrified.

It's no secret that magazines edit the hell out of models and celebrities.
This GIF of Jennifer Lawrence (everyone's favorite down-to-earth celebrity) made me angry and totally confused:

Seriously? THEY MOVED HER COLLAR BONE.

Most celebrities are pretty enough and THIN enough already but then the magazine people are certain that they need to make them look even thinner? STOP IT.

But at least the photo above was done well, I guess. Not like what Target did to a young model: 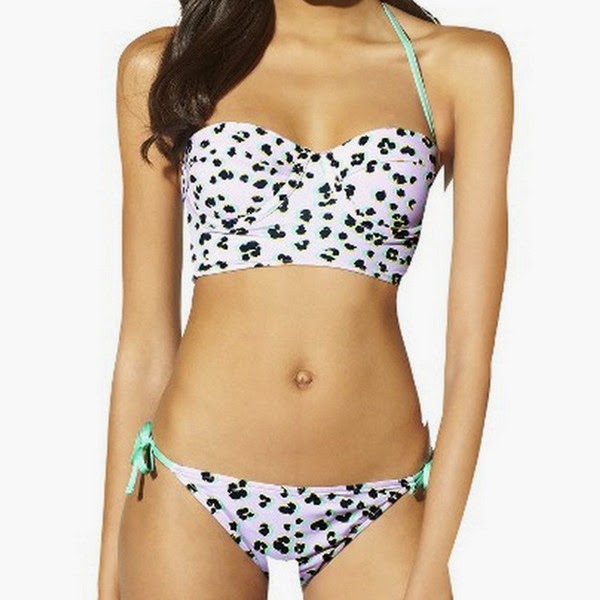 Um, there are sharp dagger type things coming out of her body, under her arm and around her hip on the right side of the photo. That looks pretty dangerous if she has an underarm itch.
AND WHERE IS THE REST OF HER VAGINA?

Jesus. I know some people are always trying to attain that weird gap between their thighs but this is ridiculous. That looks like it hurt. 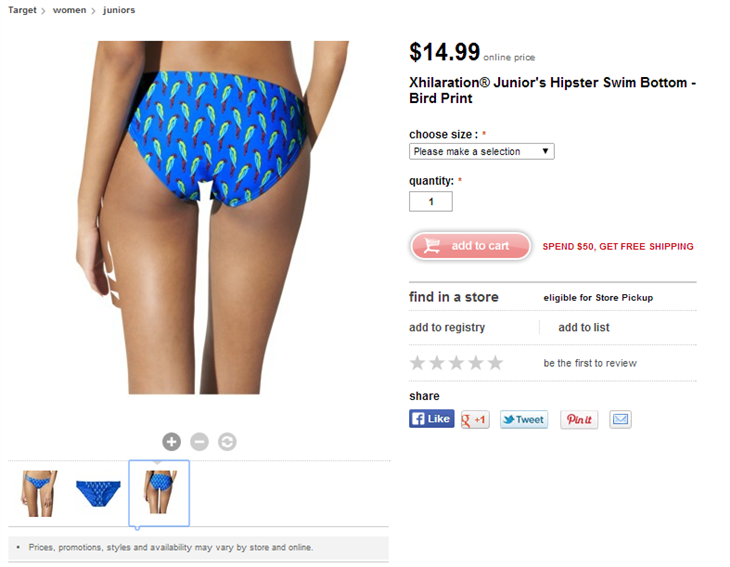 They did the same here. Her vagina seems to be missing a large piece, making it hard for her to ever procreate. And what's with her left hand/thigh area?

This is the sloppiest job of photo enhancing that I have personally ever seen. It's downright freaky.

MY friend was right in saying that crap like this (photoshopping) is a large part of why young girls (and guys) have such a skewed image of what a body should look like.
HER friend was saying that if anyone doesn't know that they photo enhance people on magazines and in ads then they are just plain ass dumb.

Um, how many teenage girls click on a link that SHOWS them that being 'perfect' is not possible? They don't want to spend time hearing or reading that being perfect isn't possible. They are being pressured through every form of media to look like Jennifer up in the first photo.

The above bathing suits were in the JUNIORS section, not the adults.
Teenage girls, to a point, have been told that photo enhancing happens but that hasn't stopped the eating disorder rate from skyrocketing the more photos are getting enhanced.

Most people 'know' that it's a trick but that's not what crosses your mind when you see billboards featuring tiny, beautiful women wearing clothing that you love. You end up thinking to yourself how much you wish you could be thinner or look good in those clothes.

But thanks to Target, I will never crave a body that would fit into a bathing suit in that way.
I like my lady parts intact, thanks.

Labels: Things I Can Do Without, Things I Don't Get, Things That Make Me Shudder