Galaxy and Laser manicures... so spacey.

Back when I did my very first Galaxy mani, Galxy manis weren't that common. I remember seeing a tutorial around that time and thought I'd give it a try. Now it's almost impossible to go on to Pinterest and NOT run across a tutorial or picture featuring Galaxy nails. The great thing is that so many ladies have come up with so many color combos when creating Galaxy nails and it's fun to see them.

This was my first attempt, right before a trip to Disney. I remember hating when it finally needed to come off my nails. (I think it's time to try it again.) 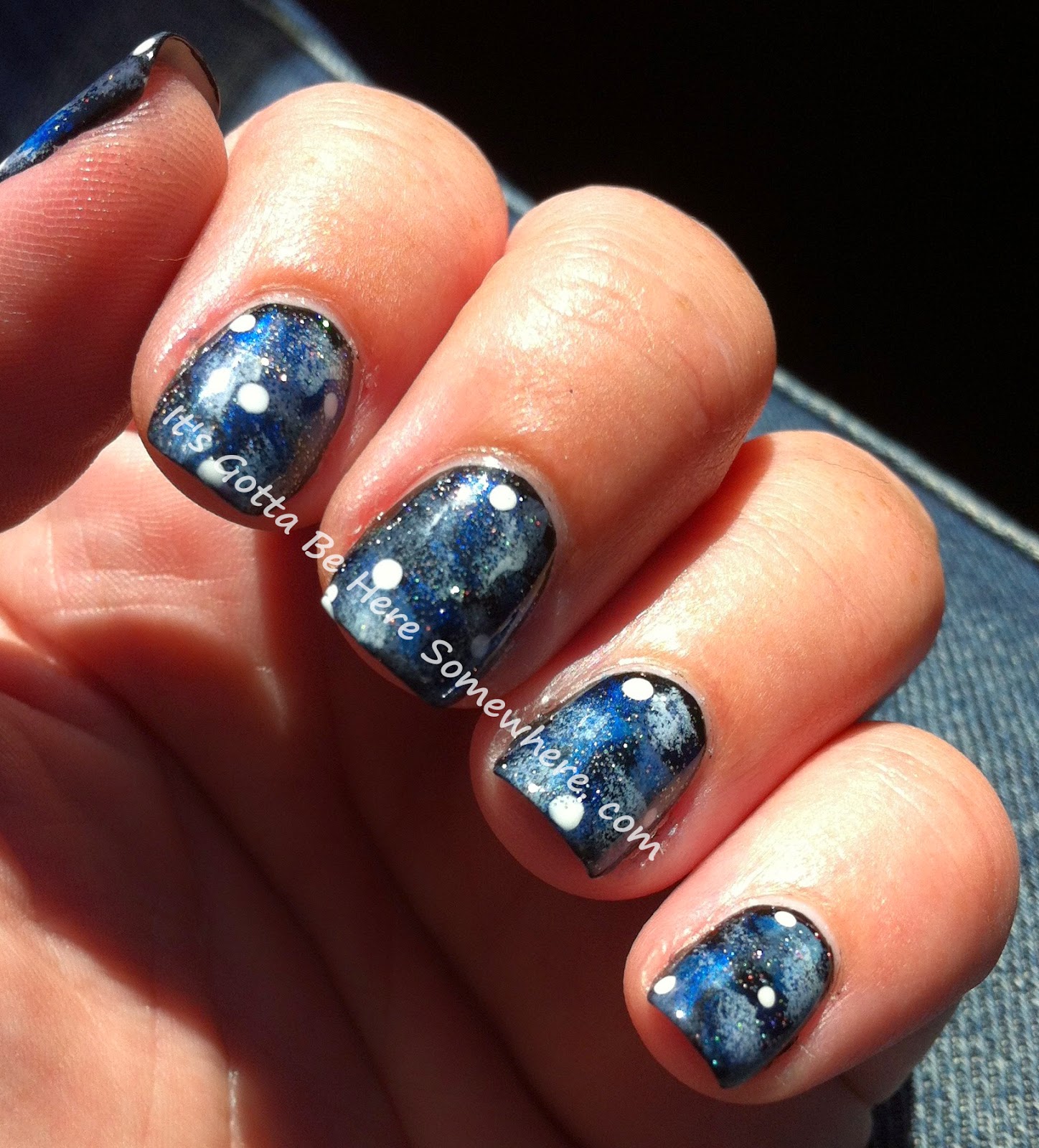 (I do wish the photo was better. There is a chance I took this in the car on the way to Florida.)
The polishes I used, I believe:
Base- China Glaze Liquid Leather
Other colors- Sally Blue It, OPI Ogre the Top Blue, and China Glaze White on White.
I remember using a purple but I don't remember which one.
I topped off the mani with China Glaze Fairy Dust.

The next mani was me playing around. I am not great at free-handing lines on my nails. (Not back then and not now.) But my DRK-A plate had lines... or lasers. To me they looked like lasers once I put it over the blue. 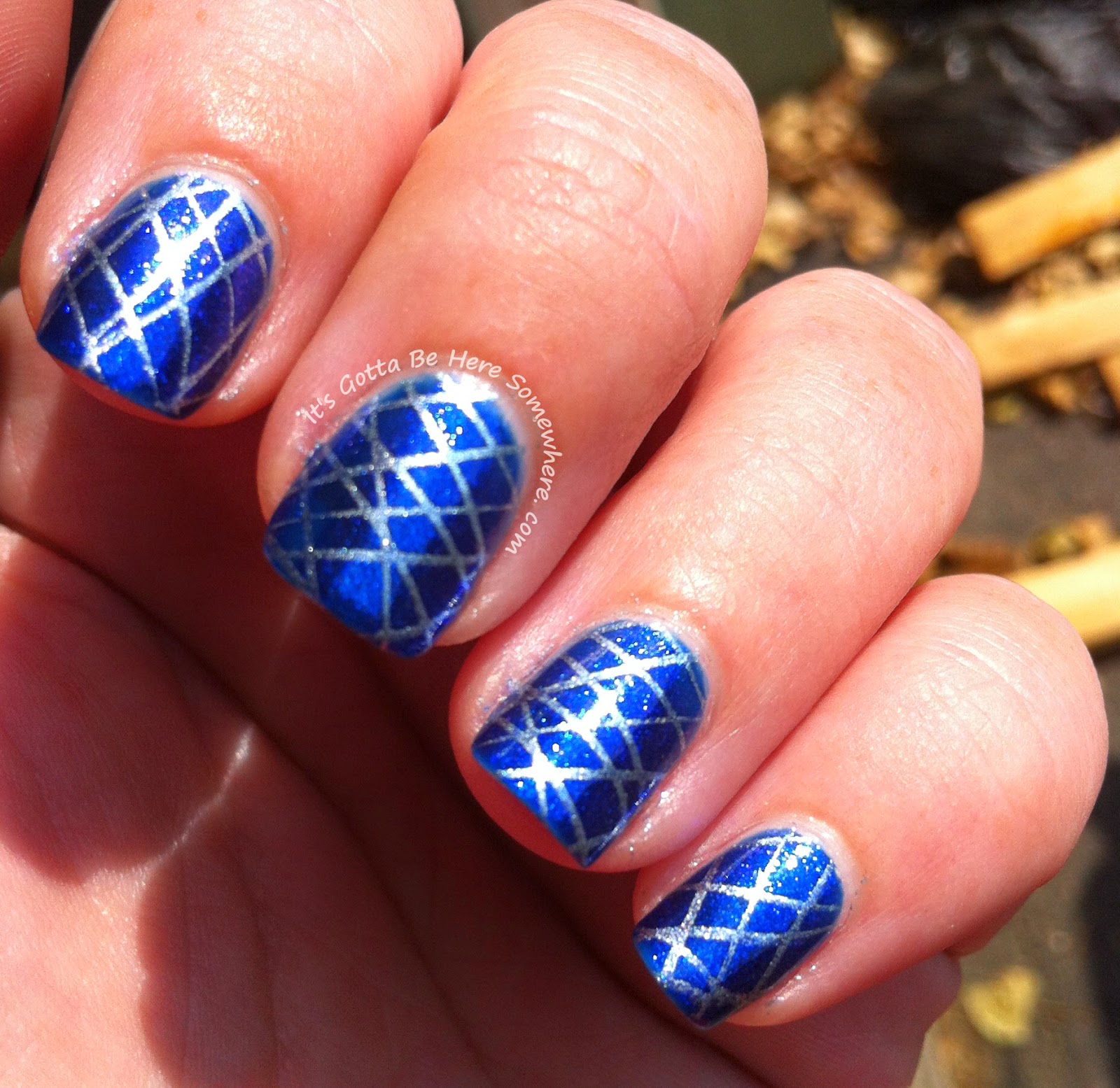 For the base, I used Orly Lunar Eclipse. It's beautiful on its own... one of my favorites.
For the lasers, I used Color Club Lumin-icecent. It looks a lot more silver on top of the blue.

I'll have one more post of old manicures this week ready tomorrow morning and then I'll be playing tour guide for the weekend when my mother-in-law comes to visit.