It seems the Tooth Fairy is a pushover

Not long before we moved down south to Tennessee, Peanut lost a tooth. (She's 8 so she's used to it by now.) But instead of the usual 'leave the tooth and you'll get money' deal, we found out that sometimes a certain tooth can mean a great deal.

Peanut mentioned to us that she wanted to keep this particular tooth. (Don't ask me why, I haven't got a clue.) We explained that in order for the Tooth Fairy to leave money, she had to have a tooth to take with her... that that was just how it worked. You don't usually get something for nothing, even with magical beings.

She thought about it for a day and then said she was going to write the Tooth Fairy a letter before she set her tooth out for collection. We looked at each other and thought, fine...write a letter but that tooth will be joining the rest of your teeth found in that little plastic white tooth from the dentist. You'll get it back once you realize that Momma is the Tooth Fairy and not before.

I swear she spent half an hour on the letter prompting me to ask her if she was writing a book. When she was done, she handed it to us and wandered off to her room, surely dreaming about all of the quality time she'd be spending with her tooth should the Tooth Fairy decide to play ball.

This was the letter that Peanut slaved over, asking for a small (really freaking tiny) favor: 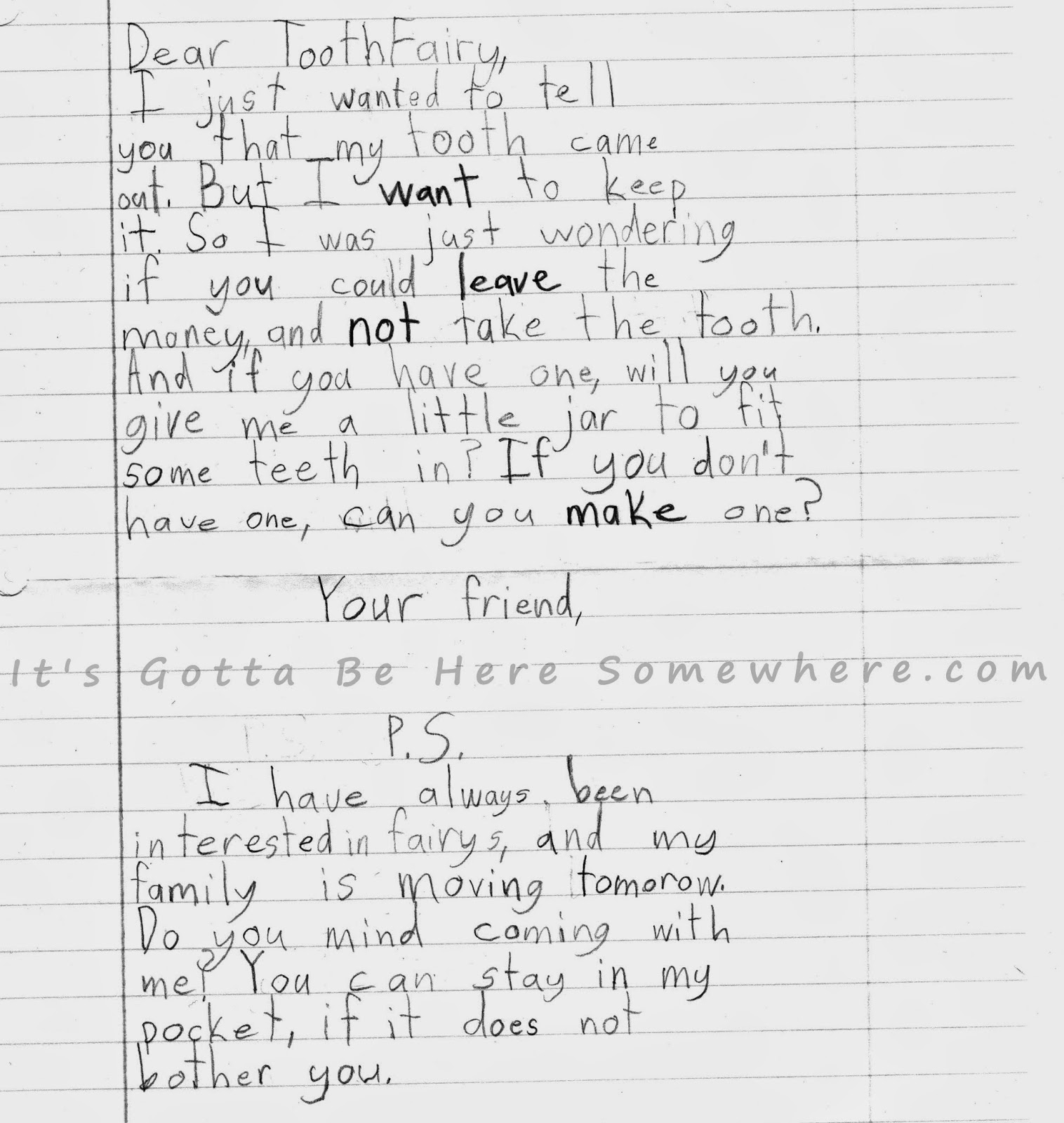 I swear, the last part made me tear up a little. Could she be any sweeter? "You can ride in my pocket, if it does not bother you." Our little Peanut making sure that she'd be able to take the Tooth Fairy with her during this HUGE change in her life.

Of course, I wrote her back, as the Tooth Fairy of course. I even used a pretty nifty swirly sort of handwriting in that note. I told her that normally, I (the Tooth Fairy) didn't allow children to keep their teeth but since she asked so sweetly, I'd make an exception this once time.
I told her that I would take the tooth for now and find a jar small enough to hold her precious white treasure.

And I told her that although I couldn't ride with her to her new home 1000 miles away (I have children all over the world that need cash money for teeth... full time job, you know), I appreciated the offer.

I also told her that no matter where she moved, I would always be with her.

So, we moved in mid May.
Neither she nor the adults in the house mentioned the tooth for a little while. (Moving makes you forget about stuff like that.)

Fast forward to this past week.....

She lost yet another tooth. The Tooth Fairy visited in the night and left some money for the newest tooth. And I promptly freaked out, having actually freaking forgotten about that damn tooth jar.
I kept thinking, where in the hell was I going to find a jar that small and looked cute... like something the Tooth Fairy would make.

And the it hit me.
The one site that seems to cater to things like this.
The site where I sell my own wares.

I found this adorable little bottle sold by elephanttales. 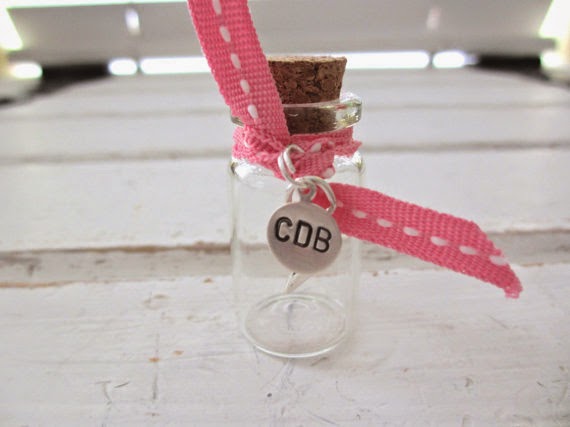 I ordered this with a bright pink ribbon and Peanut's initials. I figure she can keep her special little tooth in it on her bookcase. When she's older and finds out the truth about Momma/the Tooth Fairy, we can transfer her remaining teeth from that little plastic tooth to this bottle.


Yeah, the kid got to me. She's a sweet girl with a big heart and she's only mentioned the tooth and jar once since the letter. That's the sort of patience I applaud in an 8 year old.

Have you ever found yourself doing something weird/crazy for your child on request?