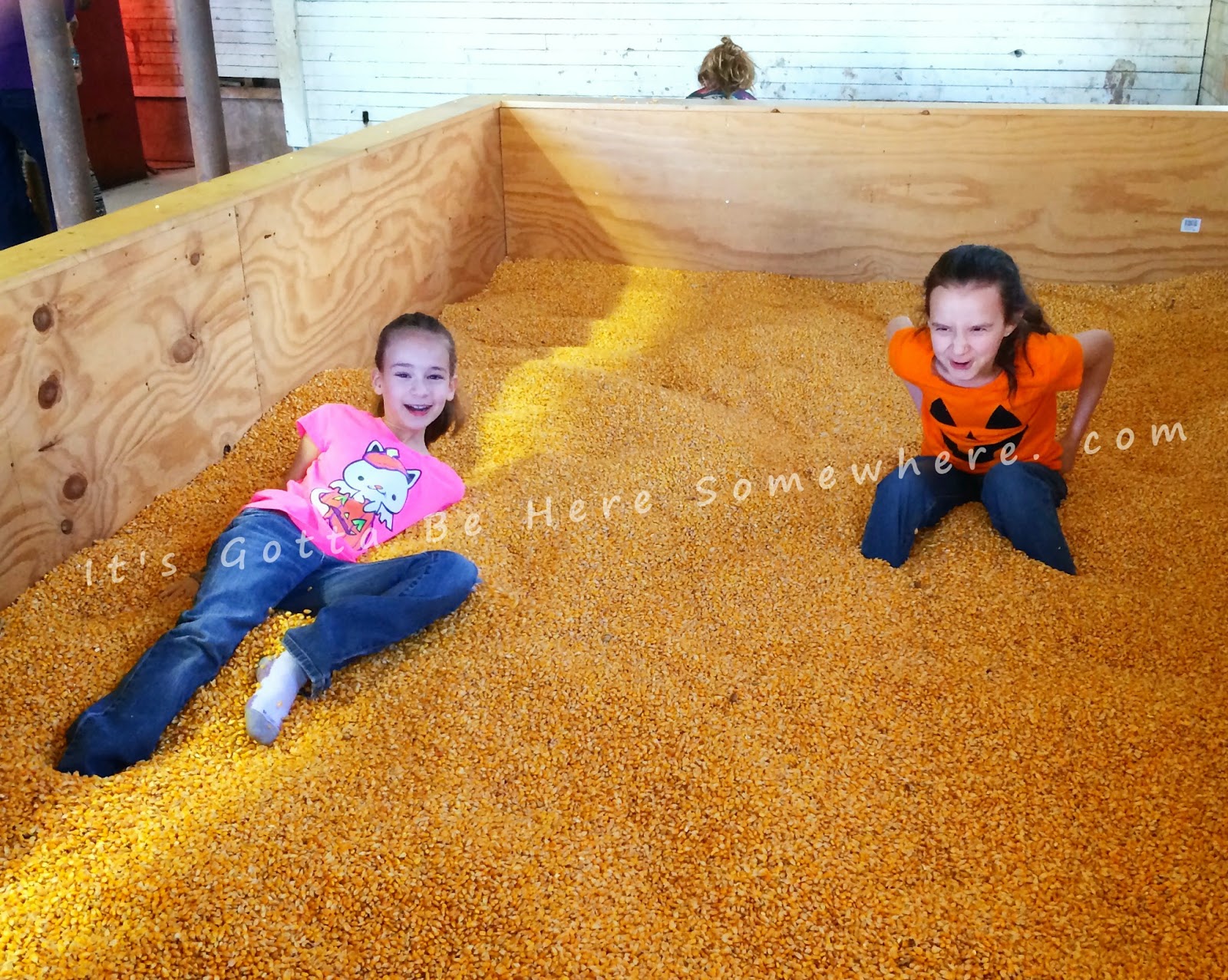 Over the weekend, we went to check out Old McDonald's Farm. You can read the first two posts about our experience here and here.

Today we are going to talk corn... specifically corn kernels in a giant box.
Last year, when we still lived in Minnesota, we took the kids to the Twin Cities Harvest Festival and Maze. It was a blast and when we moved south, I was worried that we wouldn't find anything that lived up to it. (Dude, their corn maze is 16+ acres! If you are in Minnesota in the month of October, you should go.)

Although the kids had a blast last year in the corn pit, this year was better. In Minnesota, it was one giant box filled with kids. Flying feet were common and usually came within inches of your head. The corn pit at Old McDonald's Farm (Corn Crib, they call it) was SO much better. Instead of one huge area, inside the Combine Barn there were 3 smaller boxes filled with corn kernels. My girls had one entire such box all to themselves. It was nice not to have to worry about some brat kicking the snot out of my girls.


I mean, just look at the faces of these silly kids: 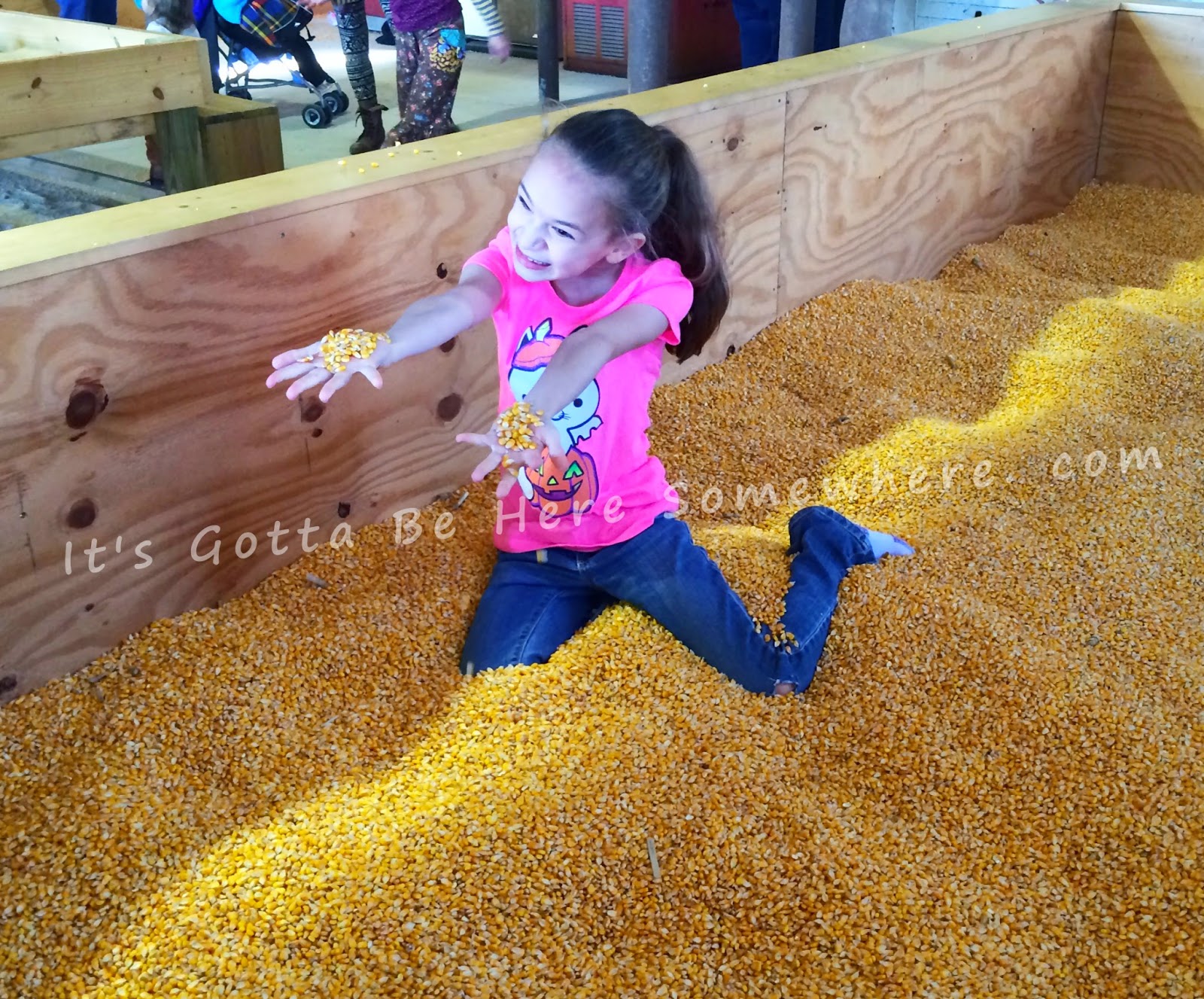 Peanut offering corn kernels... or finally losing what's left of her mind? You never know with her. She'll be the first to tell you that she's not quite normal. And she doesn't want to be normal. Normal is boring. And anything boring isn't worth her time. 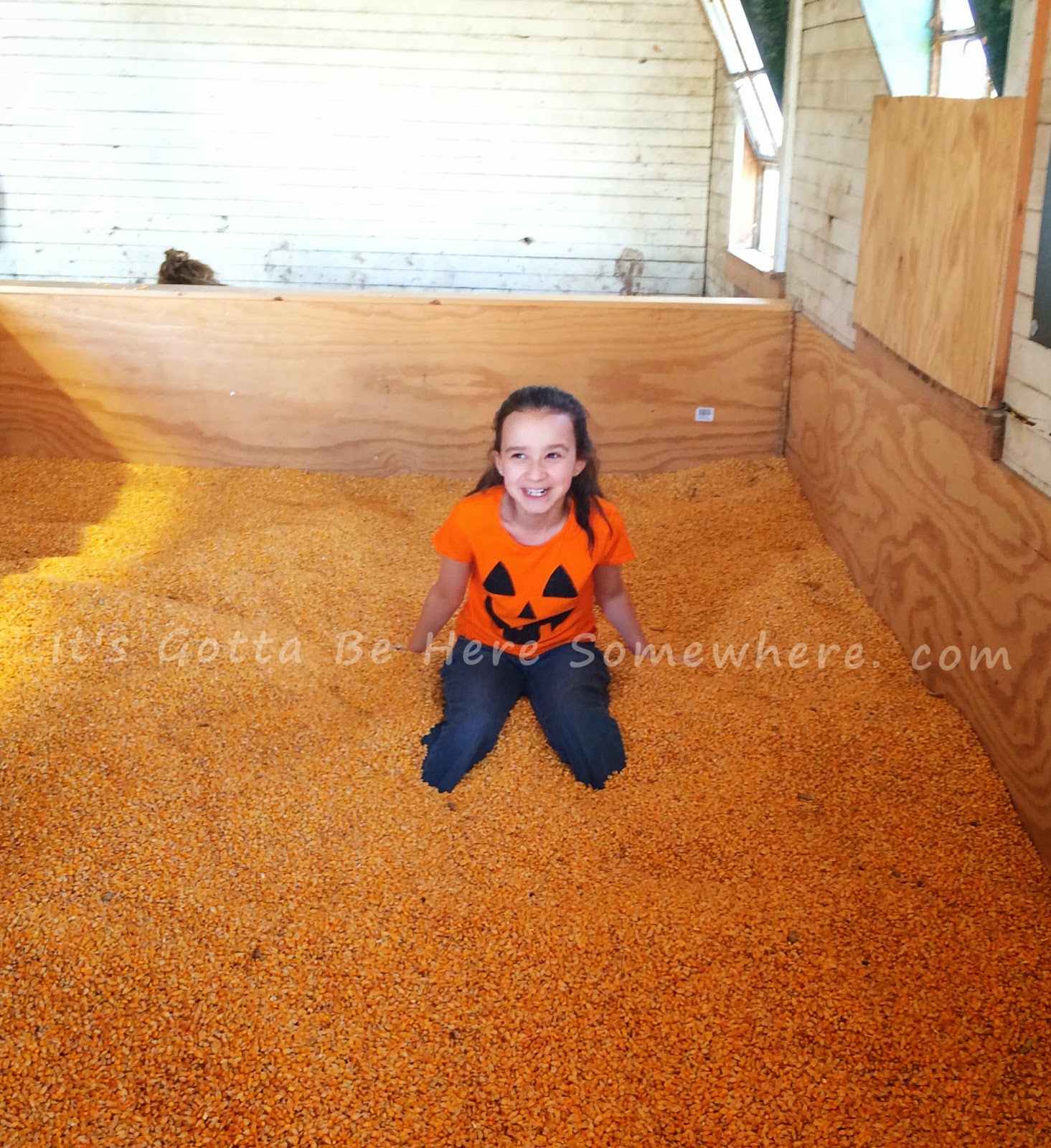 Age is not an issue when dealing with corn cribs. Button had just as much, or more fun, than Peanut did in that corn. She kept making the silliest faces and had a look of pure happiness. 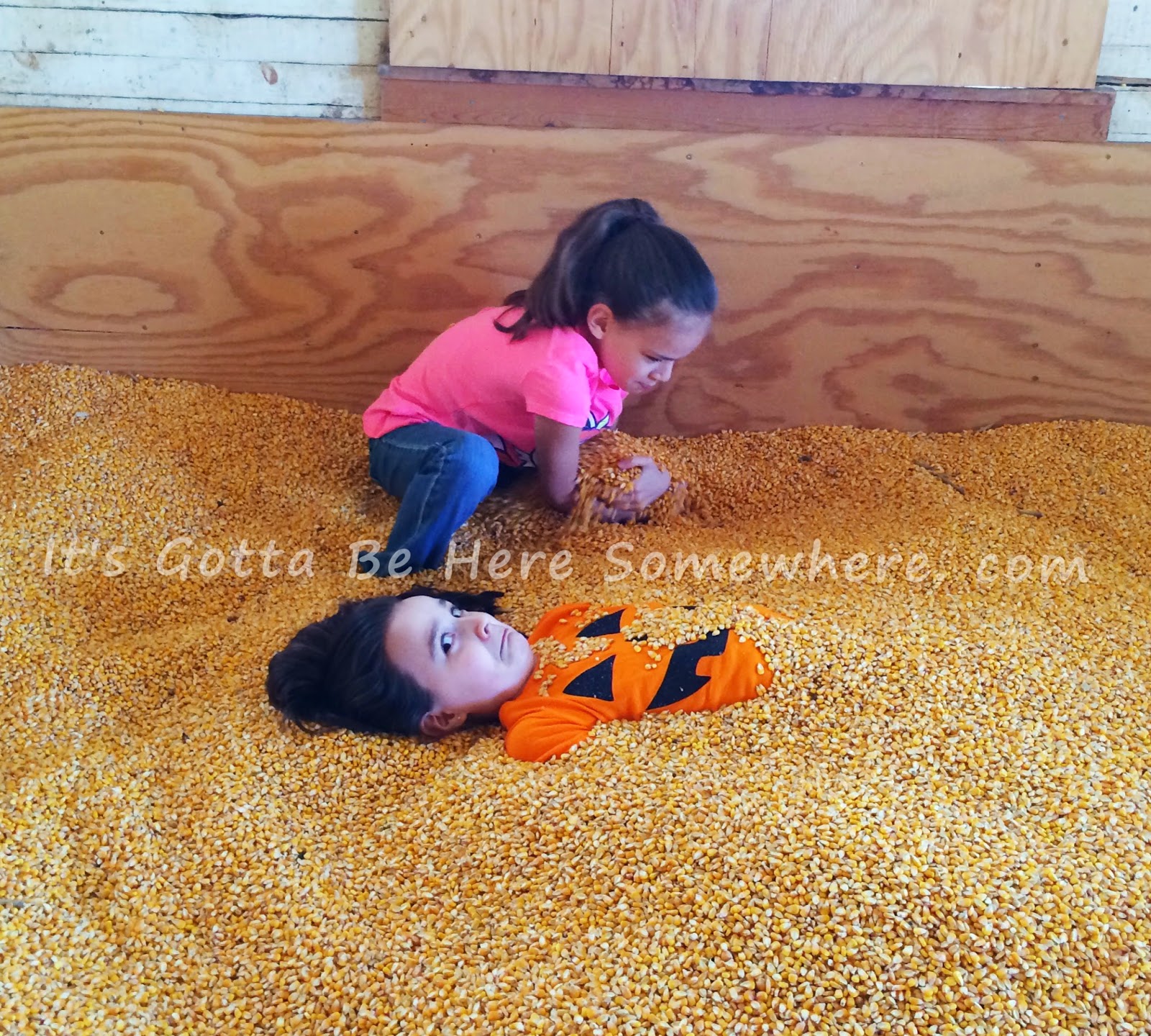 Button's face cracks me up. The thought of her sister burying her is worrisome. She loves her sister so much but there are some things that require a little more trust than others. 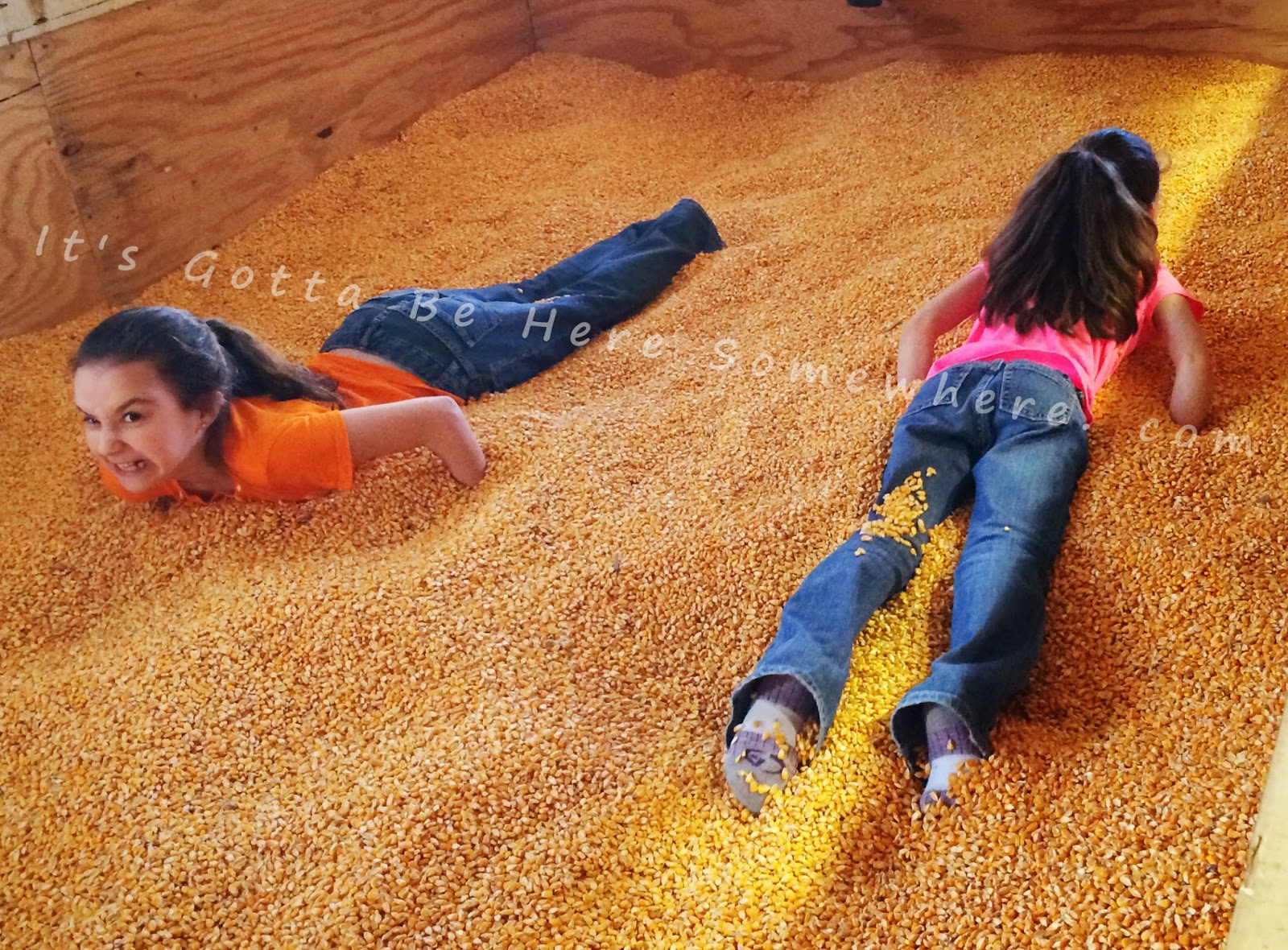 Again, Button making strange faces. I'm pretty sure at this point, they were both "swimming". I was thrilled because as Button has gotten older, she's gotten less vocal. I think she's part trying to live with a sister that never stops talking and part growing up and trying to figure out if some things are too 'young for her'. Luckily, jumping into a pit filled with corn kernels makes age just a number. 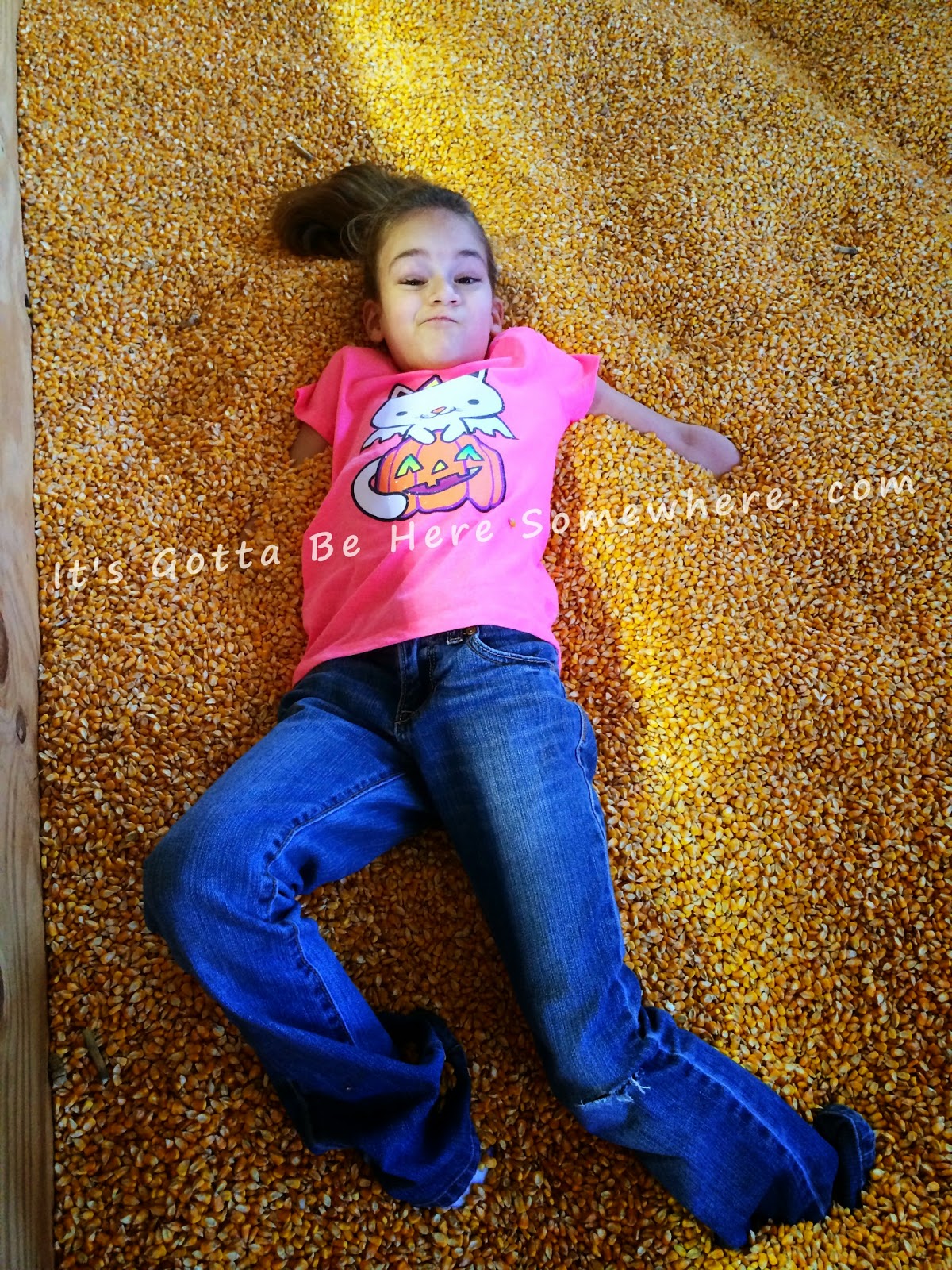 This child... She has that attitude of "I don't care". She loves her family and wants to be a good kid but she doesn't care what people think of her and her craziness. She's a hoot, for sure. It seems like she never stops talking and asking questions. If she's not talking, she's making strange noises or singing a silly song. Like I said, she's not boring.


If you get a chance to go to Old McDonald's Farm or any other Fall Festival that has a corn pit, go. It's a weird sensation to be surrounded by all of that corn and the kids love it.


If you have a snarky comment to add, try not posting as "Anonymous" and you'll be approved.